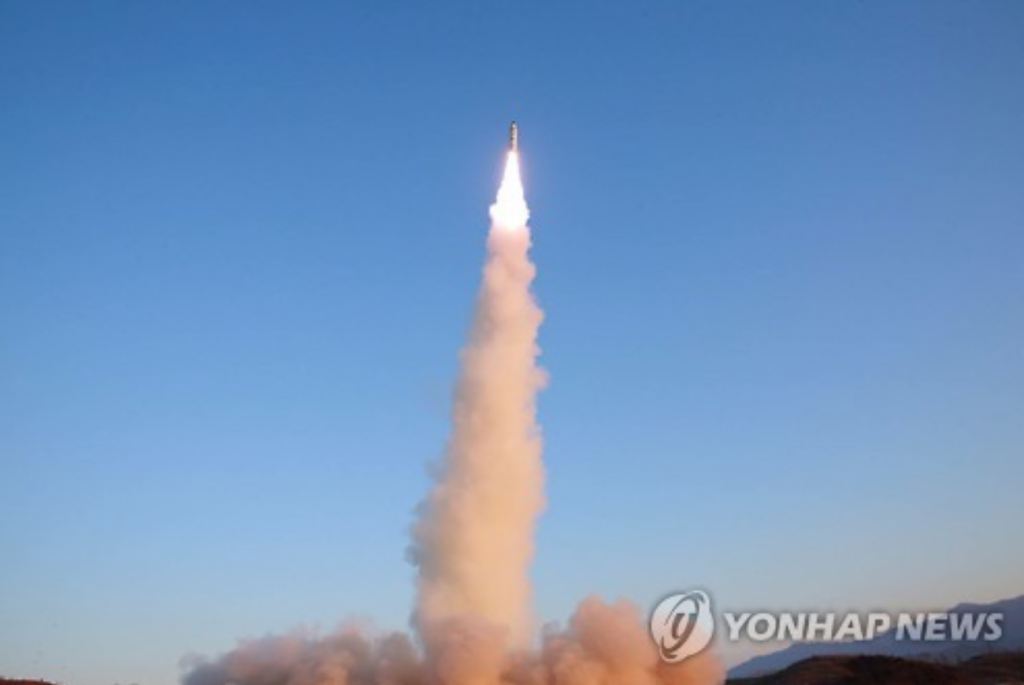 The four projectiles were launched from an area near the North’s Dongchang-ri long-range missile site at 7:36 a.m. and flew about 1,000 kilometers before splashing into the East Sea, JCS said in a text message.

“We estimate the North fired four ballistic missiles. We are conducting an analysis (with the U.S.) on the missiles to determine their type and other specifications. It will take a while before we can come up with a final analysis (based on U.S. satellite data),” the JCS said.

South Korean and U.S. troops here will stay on high alert to counter any provocations by the North, the defense ministry said.

Military officials raised the possibility that the projectiles could be intercontinental ballistic missiles (ICBMs) capable of reaching the west of the U.S. mainland if launched at a high angle.

But experts say the projectiles could be short-range Scud with a range of 500-700 km or mid-range Rodong missiles with a range of 1,300-1500 km given the number of missiles.

“If North Korea test-fired a new long-range missile, it was not an ICBM as it’s not capable of launching multiple ones at the same time,” said Kim Dong-yub, an analyst at the Institute for Far Eastern Studies in Kyungnam University.

An ICBM with a range of more than 6,000 km could fly far less than 6,000 km if launched at a high angle. But as the long-range missile is still being developed and has yet to be deployed, the North could not have fired several missiles, he said.

The latest provocation comes a day after the U.S. said it may consider redeploying a tactical nuclear weapon to South Korea as a deterrent against growing nuclear and missile threats posed by the rogue regime.

On Friday, Pyongyang threatened to conduct more missile firings in response to the two-month-long Foal Eagle exercise between Seoul and Washington, which lasts through April.

The Rodong Sinmun, the ruling party’s official newspaper, said in a commentary that “new types of strategic weapons will soar” if Seoul and Washington continue their annual war drills, which the North claims to be a preparation for a war against it.

The communist state has staged a series of missile tests with increasing range, with the aim of eventually building long-range nuclear missiles capable of striking the U.S. mainland.

In its latest provocations, Pyongyang launched an intermediate-range ballistic missile into the East Sea on Feb. 12 to boast its military readiness and test the response from the new Donald Trump administration.

It was the first test-firing of a North Korean missile since Trump became U.S. president on Jan. 20. and the country’s first major provocation in 2017.