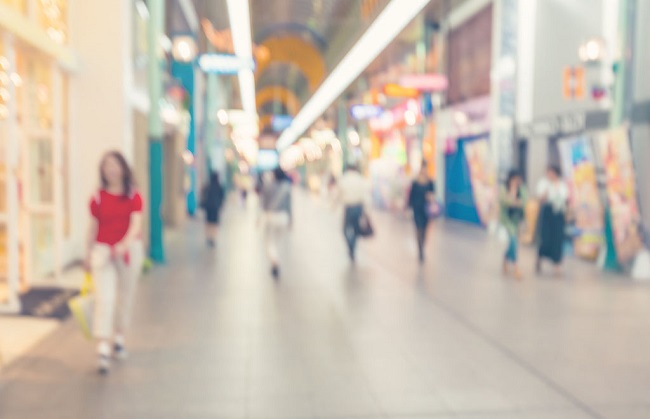 In Hongdae, businesses by the main road were found to be abiding by the regulations; not a single store or restaurant had their main doors left open. (Image:Kobiz Media)

SEOUL, Jul. 18 (Korea Bizwire) — The Ministry of Trade, Industry and Energy conducted its first patrols of major commercial districts yesterday as part of its efforts to regulate energy use. The patrols were held in collaboration with local authorities from 18 districts nationwide.

Here’s a typical example of what a typical patrol looks like: in Hongdae, a special task force made up of employees from the Ministry and various local authorities and related institutions walked around the neighborhood and stopped at every business, informing business owners that leaving the doors and windows of their stores open would increase their electric bill by as much as three or four times. The task force then politely urged the business owners to keep the openings closed as much as possible.

In Hongdae, businesses by the main road were found to be abiding by the regulations; not a single store or restaurant had their main doors left open. However, going deeper into the labyrinth of Hongdae’s twisting and turning streets revealed a jewelry store here, a cafe there that were leaving their doors open. 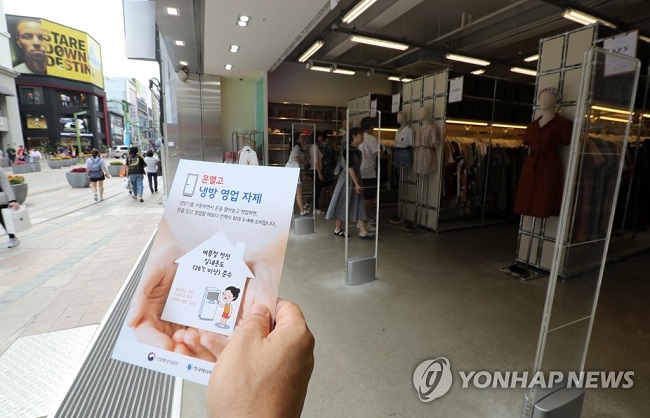 According to the Ministry, the shopkeepers that had kept their doors open were compliant with the task force’s requests. They apologized and agreed to abide by the regulations.

Gangnam’s task force also found a near universally receptive audience among the business owners. One member of the patrols compared the storekeepers’ attitudes with what they were like before. “When we would ask the storekeepers to close their doors and windows, they would tell us things like ‘Don’t tell me how to run my shop!’ or ‘It’s hard enough trying to get customers without people like you trying to interfere in my business!’ but there was none of that today.”

In Busan, the local patrols found a greater number of stores blasting their air conditioners and keeping their doors open. It also found a less receptive audience compared to Seoul’s storekeepers.

The member of the Gangnam task force believes Seoul’s storekeepers were far more amiable because they were prepared for the patrols thanks to local news’s announcement of the patrol dates and the experience of continued patrols over the years.

First offenders are given a warning, and penalties for second violations can range from 500,000 to 3 million won.

The Ministry also announced that after the first round of patrols yesterday, no fines had been issued.