Tapastic Closes $2.0 Million in Series A Funding to Bolster American Webcomics Market — First American English-Language Launch of “Like A Wolf,” One of the Most Popular Webcomics in South Korea 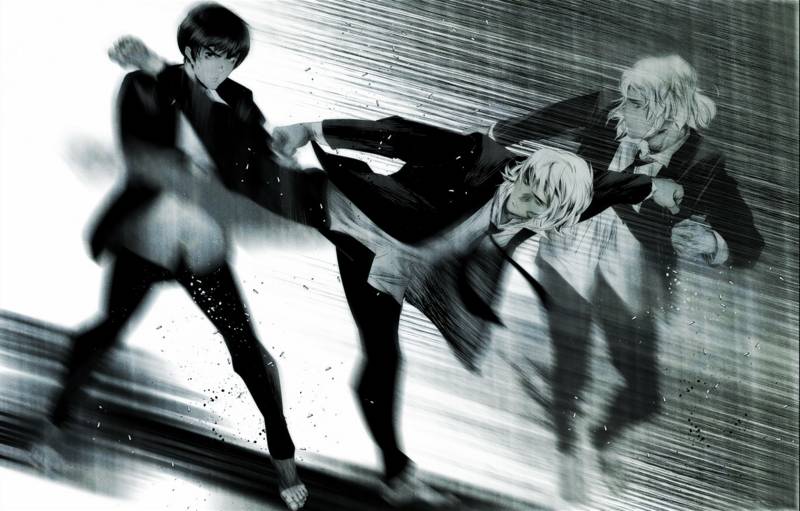 SANTA CLARA, CA, Jan 28, 2014 (Korea Bizwire) – Tapastic, the online portal for webcomics is bolstering its American webcomics market by today, announcing that it has closed $2.0 million in Series A funding from Daum Communications, Inc., owner of one of South Korea’s largest Internet portal sites and a major operator of South Korean webcomic sites.

Daum Communications, Inc. has also partnered with Tapastic and is launching for the first time in a U.S. market, the English version of major Korean webcomics property, “Like A Wolf.”

Starting in January 2014, “Like A Wolf,” will be translated and published on Tapastic for English speaking audiences. This is an exclusive offering for Tapastic users that is made possible by the investment from Daum Communications.

“Like A Wolf,” created by Korean webtoon artist Sehyung Lee, is one of the most popular webcomics in Korea. The story is set in the world of underground fighting and is drawn in a noir style with a captivating plot and vividly illustrated action scenes. This is the first time that a popular Korean webtoon that is currently being published in Korea will also be simultaneously published on Tapastic in an English translation.

While Tapastic’s founders were inspired in part by South Korea’s thriving webcomics (“webtoons”) industry, Tapastic obtains most of its content and traffic from the US market and all its of content is in English. Currently, less than 5% of Tapastic’s content is from Korean creators. While Tapastic is partnering with venture capital investors from South Korea, the mission of Tapastic is focused both on introducing Korean content to global audiences and also geared to developing and growing a significant U.S. English-language market for online comics. Tapastic’s investors have seen its potential, especially when looking at the massive success of “webtoons” (webcomics) in South Korea’s online culture, where online comics have sparked inspiration for movies and TV dramas, and have strengthened the notion of one source multi-use content.

“This investment by Daum Communications, one of South Korea’s largest publishers and promoters of webcomics, is a validation of our mission to help create the future of visual storytelling in the U.S. market,” said Chang Kim, CEO of Tapastic. “As YouTube videos became a new format of online communication by breaking down the old barriers between content creators and the audience, we feel Tapastic’s webcomics will create the same type of new media experience for readers and fans of comics and graphic novels. We are honored to receive a vote of confidence from Daum Communications, Inc. in the form of venture financing to help us take our company to the next level of growth. We believe that with the ongoing boom in digital publishing and changing modes of consumption of online content, webcomics will be one of the next great forms of online content to become widely popular in America. Tapastic and our investors will be well positioned to benefit from the growing popularity of this unique form of digital media.”

“Daum Communications has a significant presence in online comics in South Korea, and we see significant growth potential for this form of media to become more popular in the U.S. as well,” said Julie Kim, Investment Director, Daum Communications. “Investing in Tapastic was a natural fit for our portfolio of brands and verticals. We understand from our own company’s experience in South Korea that webcomics can attract a mass following, and we believe Tapastic is creating the foundation for significant growth and success in this medium of webcomics in the U.S. and other English speaking markets.”

Tapastic is an online platform and community for webcomics creators, publishers and fans, offering a uniquely designed user interface to create an exceptional user experience that is uniquely suited to the medium of online comics, with a vertical format and an intuitive reading experience. Readers can use Tapastic to read, collect, track and subscribe to their favorite webcomics. Webcomic creators and publishers can use Tapastic to find new fans and broaden their audience, but without having to do the work of building and maintaining websites and mobile apps or managing content distribution.

Prior to this round of Series A financing, Tapastic had raised seed funding from a variety of angel investors. Tapastic will use the venture capital investment to hire more developers, significantly enhance its features and continue to grow its online community of webcomics content creators. Tapastic is currently hosting more than 1,200 webcomic creators, more than 1,400 comic series, and more than 24,000 individual comic episodes.

About Daum Communications, Inc. Daum Communications is the largest Internet portal site in South Korea, with market cap of over $1 billion, and is also one of the leading webcomic service providers in Korea. Daum is considered the birthplace of Korean webtoons and nearly 90% of the movies/dramas produced based on a webtoon have been created from Daum properties.

About Tapastic Tapastic is an open platform and community where independent online comic artists and visual storytellers can connect with fans. Tapastic’s goal is to bring the popular format of webcomics to a broader audience in the U.S. and around the world by delivering the best user experience for discovering, reading and publishing comics online and distributing them via mobile devices. For more information, please visit http://tapastic.com/.