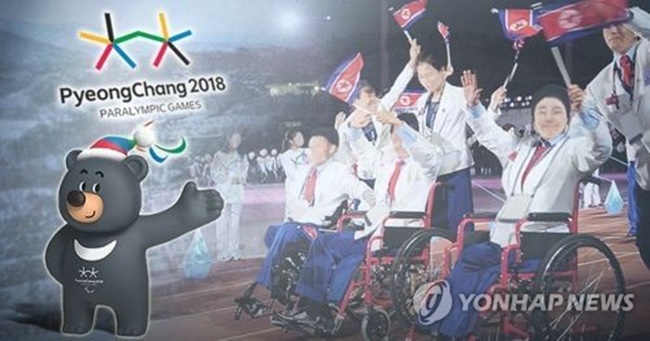 The IPC said that it has invited North Korea to take part in its first Winter Paralympics and offered two bipartite slots to athletes to compete in Para Nordic skiing events in PyeongChang, South Korea. (Image: Yonhap)

The IPC said that it has invited North Korea to take part in its first Winter Paralympics and offered two bipartite slots to athletes to compete in Para Nordic skiing events in PyeongChang, South Korea.

In an inter-Korean meeting earlier this month, North Korea agreed to send a 150-member delegation of athletes, cheerleaders, an art troupe and reporters to the PyeongChang Winter Paralympics that run from March 9 to 18.

The IPC said the two North Korean athletes who were given the spots are sit-skiers Kim Jong-hyon and Ma Yu-chol. Both made their international debut last month at a World Cup in Oberried, Germany.

If North Korea accepts the IPC’s invitation, the PyeongChang Paralympics will be the first Winter Paralympic Games North Korean athletes have participated in. The communist nation has only appeared at two previous Summer Paralympics: London 2012 and Rio de Janeiro 2016.

“I think North Korea’s participation will send out a very strong message of bringing peace through sport,” IPC President Andrew Parsons said in a release. “For both countries marching together at the opening and closing ceremonies will be a very historical moment.”