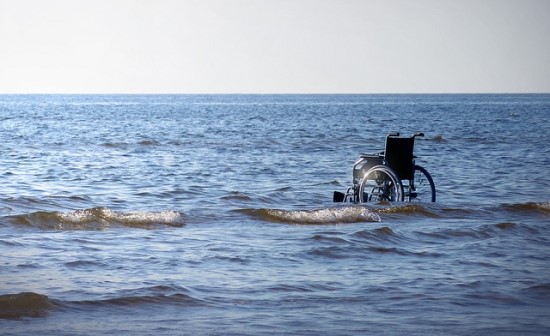 According to the Ministry of Health and Welfare, the total number of those with disabilities was 2.51 million as of the end of 2012.(image:zader/flickr)

SEOUL, Korea, April 28 (Korea Bizwire) – As the weather gets warmer, people tend to travel more. The urge to go and spend days away from home is common to all regardless of age, gender, and physical state. Still, however, there are many places out there not so friendly to the handicapped including senior citizens with limited mobility.

According to the Ministry of Health and Welfare, the total number of those with disabilities was 2.51 million as of the end of 2012. The number has increased 56 percent from 1.61 million in 2004.

Most of the increase was attributed to non-congenital causes such as traffic accidents and diabetes, according to the ministry. Indeed, this is corroborated by data by the Korea Transport Institute that estimated the number of the disabled from traffic accidents in 2012 alone was 16,000. This implies that nobody is free from disability caused by accident and disease.

Even though as many as 5 percent of the nation’s population are handicapped in one way or another, they still find exceedingly hard to go to places and feel discriminated.

According to a survey on public facilities for the disabled in 2013, a total of 4.28 million convenience facilities for the physically challenged in 141,000 buildings across the nation including handicapped parking lots, wheelchair ramps, specially equipped elevators, and bathroom holders. This is only 68 percent of the total number of legally required facilities of 6.3 million.

Under circumstances where the physically challenged are unable to perform mundane daily routines, it is far more difficult for them to go out to enjoy the nature. Not many travel agencies offer packages specifically designed for the handicapped.

Only small tour operators such as Nanum and Universal Design Tour are offering such programs. Of the big ones, only Hana Tour provides package tour programs for the disabled. Even this has not attracted many customers of late.

the Ministry of Culture, Sports, and Tourism and the state-run Korea Tourism Organization launched a smartphone app called “Let’s Travel Together” last year.

To address the unfulfilled needs, the Ministry of Culture, Sports, and Tourism and the state-run Korea Tourism Organization launched a smartphone app called “Let’s Travel Together” last year.

The app provides a wealth of information on attractions, lodging, restaurants, and public transportation for those in special needs. The app is also available for the visually impaired.

The availability of convenience facilities for the handicapped such as bathrooms, wheelchair ramps, and parking lots is indicated in pictograms for easy identification.

The app also provides recommendations for day trips, two-day trips, and the like, with user comments for each item. The user can find user ratings, with comments like “It was hard to use the toilet because the tissue holder was too far from the toilet bowl” and “There was no bathroom emergency alarm.” 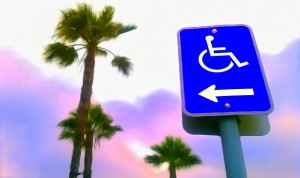 As the weather gets warmer, people tend to travel more.(image:Keoni Cabral/flickr)

Even though the app is a welcome change for the physically challenged, there is long way to go because it is almost impossible for them to take long-distance buses without anyone’s help.

For example, there is no long-distance buses that are equipped with a wheelchair lift, despite a law guaranteeing accessibility to all has been introduced in 2005.

Last year a disability organization raised a lawsuit demanding installation of wheelchair lifts to a significant number of out-of-city buses, but it was defeated on the grounds that such buses are unable to speed up on highways.

The organization is preparing for an appeal. Although the treatment to the physically challenged has improved so much for the past few decades, Korea is still way behind comparing to other developed nations in welfare for the disabled.

One thought on “[Feature] Travel Accessibility for the Handicapped: Nowhere Near Adequate”