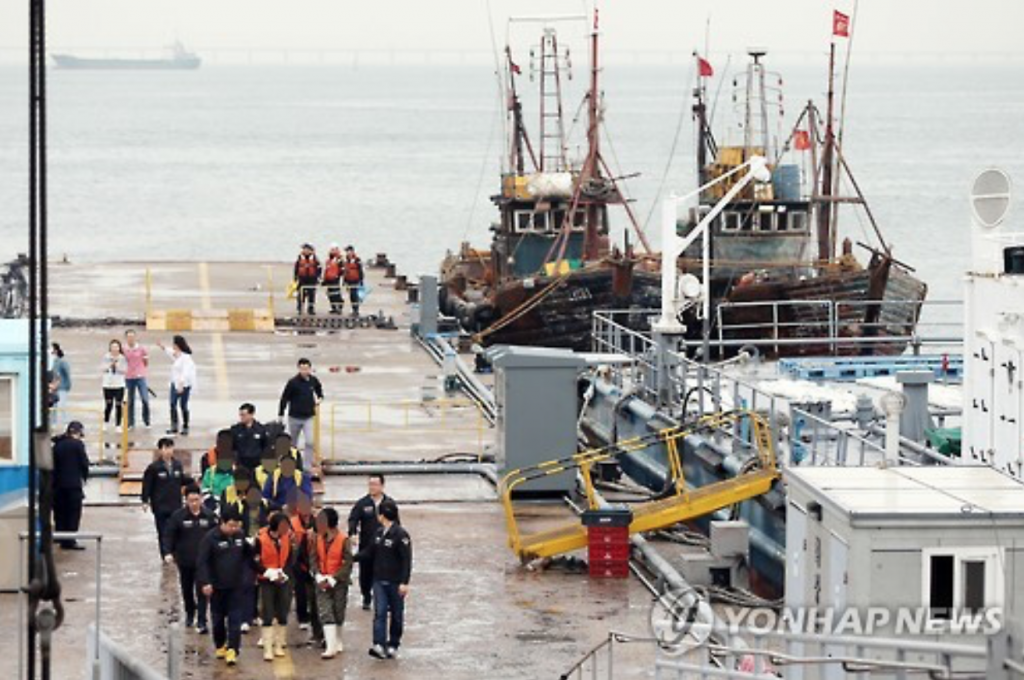 Chinese fishermen are brought on land in Incheon, west of Seoul, on June 15, 2016, after they were caught fishing illegally in neutral waters off Koreas’ western border area. (image: Yonhap)

SEOUL, Aug. 11 (Korea Bizwire) – North Korea has sold fishing rights in the East Sea to China, in addition to the ones it sold in the Yellow Sea, a government source said Thursday.

The source from the intelligence agency said US$75 million coming from these fishing license sales annually goes to North Korean leader Kim Jong-un.

It was previously reported that North Korea had sold fishing rights to China in its waters above the NLL in the Yellow Sea, but this is the first confirmation that the communist state has sold fishing licenses in the East Sea.

The source said some 2,500 Chinese fishing boats will be in the East Sea and the Yellow Sea waters.