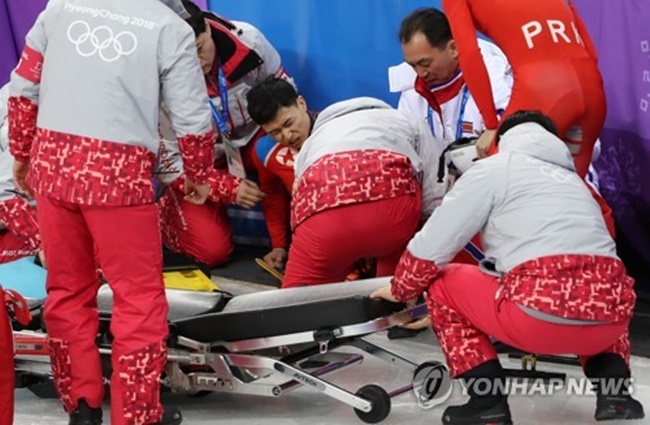 Choe took a bad spill and crashed hard into safety padding during his first training session at Gangneung Ice Arena in Gangneung, a sub-host city of all ice events during the Feb. 9-25 PyeongChang Winter Olympics.

Choe is among 22 North Korean athletes set to participate in the first Winter Games in South Korea.

Choe was stretchered off the ice and taken to a nearby hospital. The extent of his injury wasn’t immediately known, though his right leg was heavily wrapped up as he was carried out of the arena.