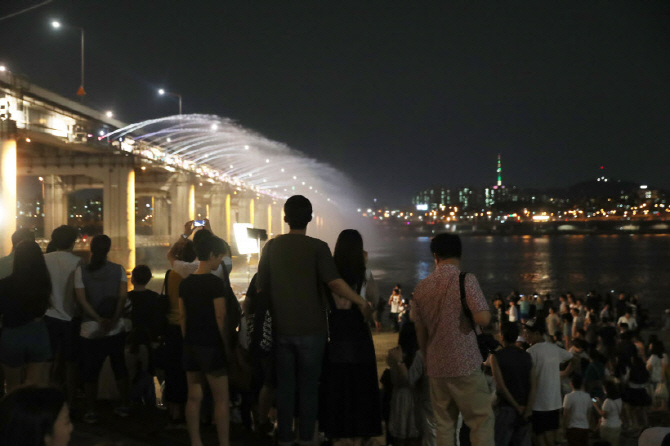 SEOUL, Jul. 24 (Korea Bizwire) — South Korea is bracing for sweltering heat waves in the coming weeks, with its southern provinces and many other regions suffering from an extended tropical night phenomenon, weather forecasters said Wednesday.

As most parts of the country have been put under a heat wave warning or alert, the daily high temperature is expected to soar to 32 C in Seoul, 35 C in Daegu, 34 C in Gangneung and 33 C in Gwangju, according to the Korea Meteorological Administration (KMA).

A heat wave warning was issued for Daegu, 300 kilometers southeast of Seoul, and parts of North Gyeongsang Province and the east coastal areas, while a heat wave alert was in effect for Seoul and other regions, the KMA noted.

The tropical night phenomenon has already been observed in Seoul, some inland areas and the east coast, in addition to the Daegu-North Gyeongsang Province area.

A tropical night is defined by nighttime lows staying above 25 C, while a heat wave alert is issued when daytime temperatures above 33 C last more than two days.

The heat wave will slightly ease in the western parts of the country, including Seoul, from Thursday to Saturday, due to heavy rains or intermittent showers, but the southeastern region will continue to suffer from hot temperatures, the KMA said.

“The inflow of hot and humid air from the southwest led to tropical nights in Daegu and North Gyeongsang Province. The daily high temperatures will stay above 33 C in those regions throughout this week,” an official at the KMA branch in Daegu said.

The nighttime low in Gwangju, about 330 km south of Seoul, was 25.7 C, while a heat wave alert has been in effect for the metropolitan city and many towns in its vicinity for a third consecutive day.

The Korea Centers for Disease Control and Prevention has reported 36 patients with heat-related illnesses in Gwangju and South Jeolla Province from Saturday to Monday.