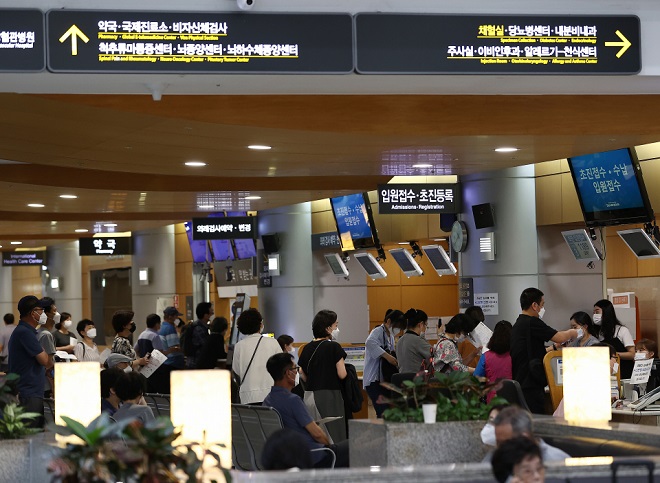 The NHIS paid 25.1 billion won (US$19 million) to cover their medical costs, for an average of 9.86 million won per person each year, which is 6.6 times larger than the average amount of coverage for each NHIS member.

The excessive medical treatment reflects the fact that there are many people obsessed with ‘medical shopping’ as they go to various hospitals and medical centers.

The Korea Institute for Health and Social Affairs reported in 2020 that physical therapy accounted for the majority of the excessive medical treatment.

The institute said that these people don’t think that physical therapy is the same as ‘going to a hospital’, and have developed the habit of getting physical therapy as an alternative form of ‘getting a massage’.

The current national health insurance system does not have a limit on the number of hospital visits that each member can make, leading to excessive medical treatment.

There was a policy implemented in 2005 that placed a limit of 365 days including the day of drug prescriptions in order to prevent excessive medical treatment, which was soon abolished.