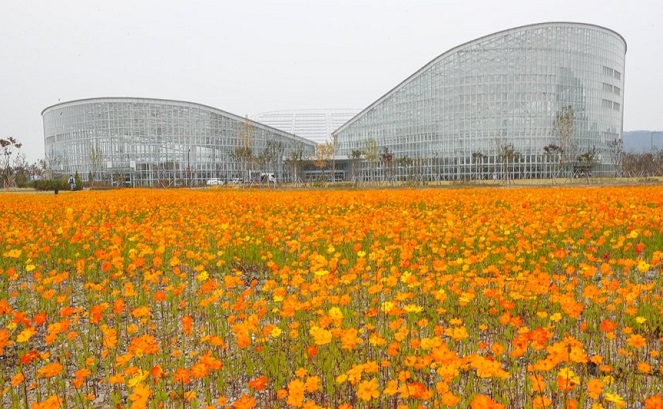 SEJONG, Oct. 17 (Korea Bizwire) — The Sejong National Arboretum, the nation’s first urban arboretum located in the center of the central administrative city, was opened to the public on Saturday after eight years of project preparation and construction.

The 65-hectare arboretum in Sejong, about 120 kilometers south of Seoul, is South Korea’s third national arboretum after ones in Pocheon, Gyeonggi Province, and Bonghwa, North Gyeongsang Province.

The Sejong arboretum, the size of 90 football fields, is also the first national arboretum situated in an urban center.

It features 1.72 million plants of 2,834 species in 20 various thematic exhibition gardens, where visitors can experience both Korean traditional and modern garden culture.

Opening hours are from 9 a.m. to 6 p.m. every Tuesday to Sunday. Admission is free during its test operation set to last until Dec. 31.

Only 5,000 visitors will be admitted at the same time as part of anti-coronavirus quarantine measures.

Social distancing, disinfection and other quarantine guidelines will be thoroughly observed throughout the arboretum, its operator said, adding the number of admissions to the four-season exhibition greenhouse will be limited to 300 per hour.