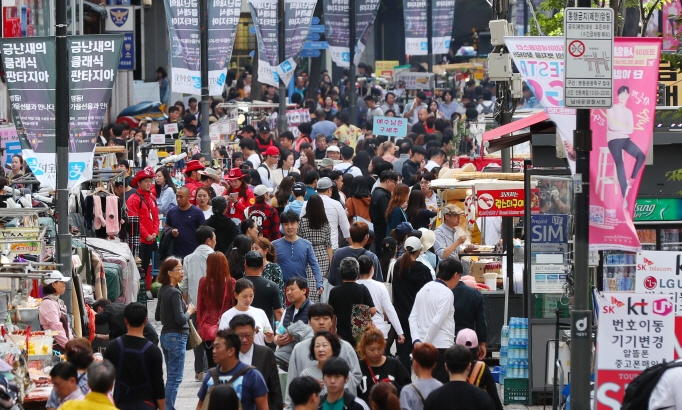 The popular shopping district of Myeongdong in downtown Seoul is crowded with citizens and tourists on Sept. 26, 2018. (image: Yonhap)

The annual Korea Sale FESTA offers reduced prices on items ranging from electronics and apparel to automobiles and furniture for 10 days, the organizers said.

The festival period has been shortened from the one-month duration of the two previous years in order to raise the effectiveness of the event.

Last year, the event boosted the sales of major offline retailers, including department stores, discount and duty-free shops, by 8.3 percent to 9.43 trillion won (US$8.47 billion) during the period compared to a year earlier, according to government data based on 100 firms that provided figures.