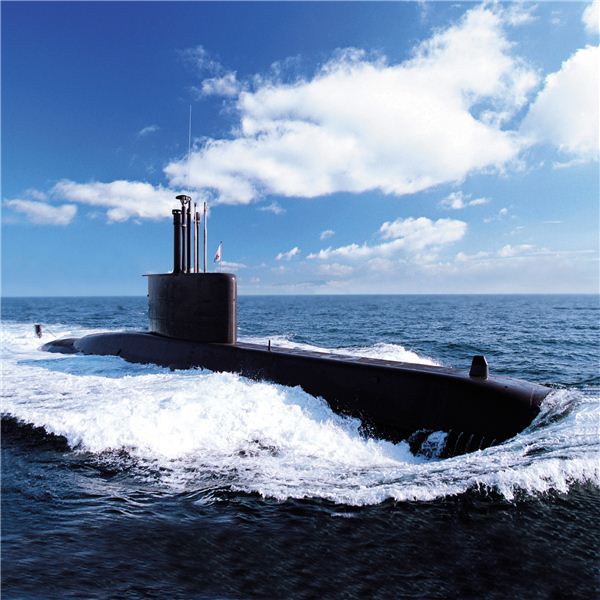 SEOUL, Sep. 30 (Korea Bizwire) — It is likely the next-generation submarine for the Republic of Korea Navy will be Jangbogo III (Batch I) based on homegrown technology.

The Defense Acquisition Program Administration said on September 29 that Daewoo Shipbuilding & Marine Engineering, the shipbuilder to assemble two 3,000-ton class conventional submarines, has sufficient capabilities to build such ships in a critical design review sessions held for five days between September 25 and 29 with 150 experts from the navy, industry, and academia.

The 3,000-ton Jangbogo III is Korea’s first submarine built with proprietary technology. The Defense Acquisition Program Administration had signed a design and assembly agreement with Daewoo Shipbuilding on December 24, 2012. Currently the detailed design stage is under way.

In the latest meeting, experts discussed in-depth reviews on five areas including operational performance, special performance, test evaluation, and the like and concluded that the design blueprint of the Jangbogo III has reached a completion stage.

Shin Jeong-ho, brigadier general and the head of DAPA’s naval shipbuilding unit, said, “The Jangbogo III will be Korea’s first ship applied with systems engineering. The recent critical design review session proved that Korea has enough submarine building capacity comparable to that of major industrialized countries in the world.”