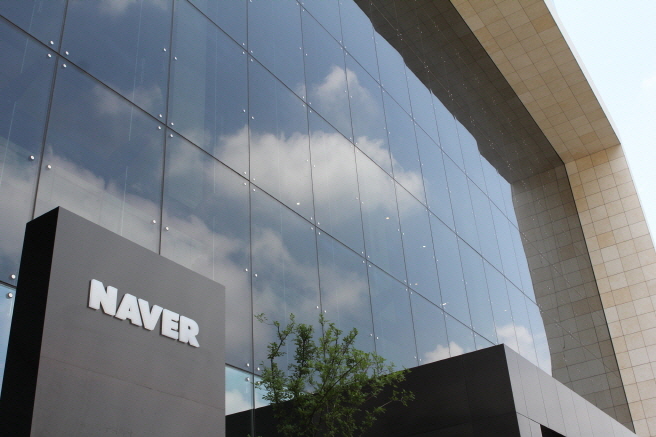 Net profit reached 396.8 billion won (US$337.1 million), compared with 636.4 billion won tallied in the previous year, the company said in a regulatory filing.

Operating income reached 710.1 billion won for the whole of 2019, marking a decrease of 24.7 percent from the year before.

It marks the first time that annual sales topped the 6 trillion-won mark on the back of increased performance of its mobile ads, but the company reported increased costs in other businesses, such as its Tokyo-based messaging app giant affiliate Line Corp.

For the fourth quarter of last year, Naver reported its net profit of 196.2 billion won, up 58.2 percent from a year earlier.

It also posted 173.4 billion won in operating profit for the October-December period, compared with 213.3 billion won a year ago. Revenue rose 17.9 percent on-year to 1.78 trillion won.

Naver said revenue from its platform business, including its messenger Line, increased 18.8 percent to 2.44 trillion won over the same period.

Content service sales advanced 17.3 percent on-year during the cited period to 663.2 billion won due to the steady growth of webtoons and its streaming service named V LIVE in the global market.

Revenue from its IT Platform skyrocketed 28.6 percent to 457.5 billion won on the steady performance of its mobile payment division, Naver Pay.