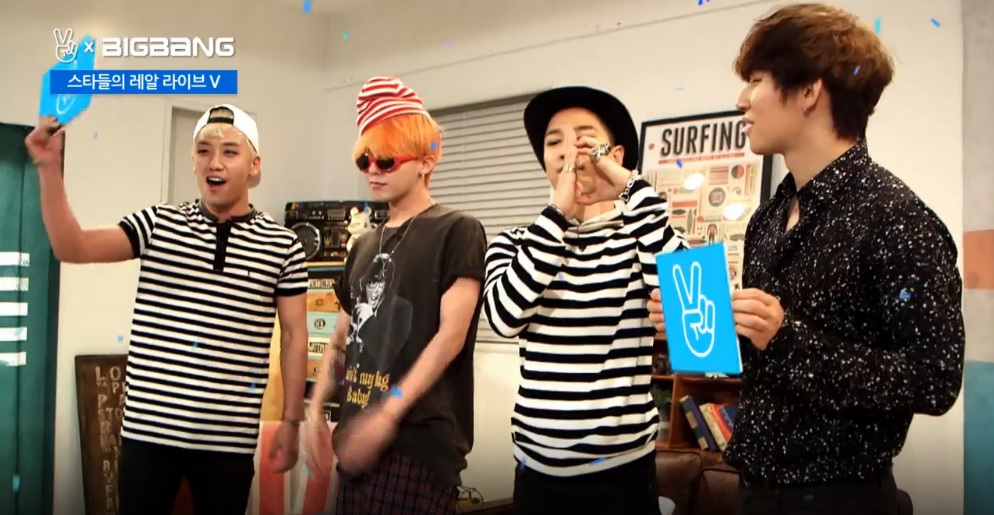 Dubbed V, the app is designed to provide footage of top Korean singers that is not usually shared with fans, such as shots from scenes backstage and videos on their daily lives. (image: Naver)

Dubbed V, the app is designed to provide footage of top Korean singers that is not usually shared with fans, such as shots from scenes backstage and videos on their daily lives.

This is the test version for Android users and the one for iOS users will come out in mid-August, Naver said.

Top boy and girl bands will take part in the test run of V, including BigBang, 2PM, SM Town, Beast, Wonder Girls, KARA and AOA. It will add popular actors and actresses in the official version due out at the end of August.

The app comes with a few channels: Special Live will offer parts of the singers’ live concerts through the streaming service, while App Live will air shows hosted by celebrities covering the latest cooking and beauty trends, Naver said.

The Spot Live, which is expected to capture the eyes of K-pop fans the most, will show viewers the unscripted everyday lives of idol stars.

V is considered one of the ambitious projects being pushed by Naver, whose market status as the top IT venture has been threatened by the rise of Daum Kakao, the operator of the country’s top messenger app KakaoTalk.

Naver, whose bulk of profits came from the Internet search engine business, has been striving to revamp its portfolio to more mobile-oriented services. On Thursday, it posted an 11.6 percent on-year drop in its second-quarter operating profit.

Users can sign in to V with their Naver, Facebook or Twitter IDs. They can also add their favorite celebrities to their following lists and be notified of any updates.

The test version offers subtitles in English for global users. The official service will provide translations in Chinese and Japanese as well.