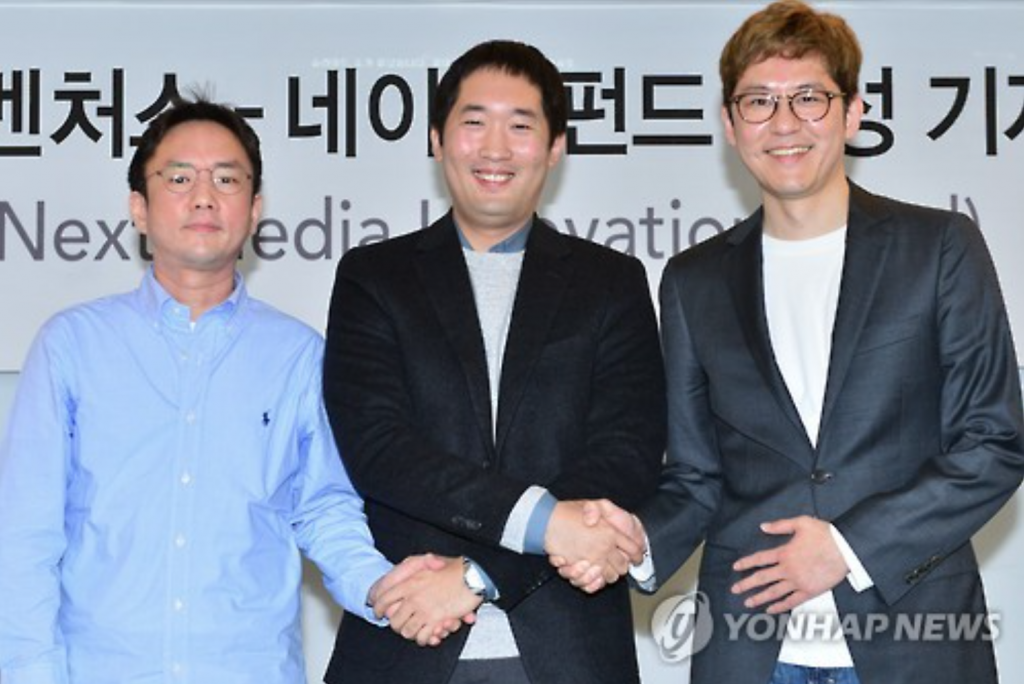 Naver will invest 40 billion won into the so-called “SB Next Media Innovation Fund,” to invest in content creation startups and technologies particularly in the fields of virtual reality (VR) and augmented reality (AR).

SoftBank Ventures, a venture capital firm under Japanese telecommunications giant SoftBank Corp., will put in another 4.5 billion won and Korea Venture Investment will add 500 million won, with the remaining 5 billion won to be collected from other foreign firms, officials said.

CEO Kim Chang-wook of Snow, a South Korea-based application like Snapchat, and CEO Kim Jun-ku of Naver Webtoon, which offers online comics for free, will participate as advisors.

“I hope that this investment fund will serve as an opportunity to nurture the growth of content platforms and to find a new growth engine,” said Kim Chang-wook, adding that different and new content such as webtoons are needed.

Naver Webtoon currently offers online cartoons which are available on the website and in other applications, with more than 18 million readers overseas.

The fund was to invest into European technology start-ups. It is being managed by Korelya Capital, which was set up by Pellerin to help South Korean firms make investments into French firms.