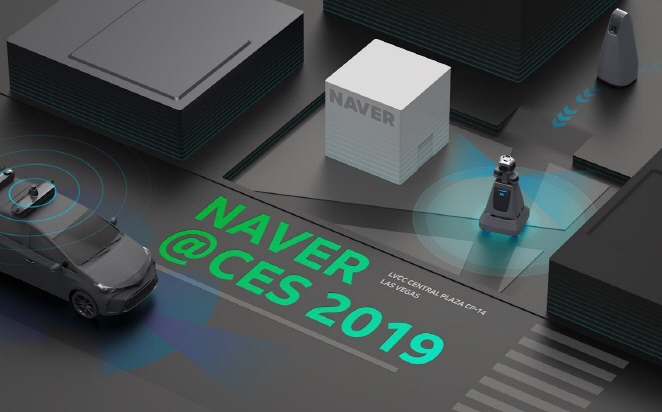 Naver Labs is focused on developing technologies in areas such as AI, autonomous driving and robotics. (image: Naver Corp.)

Naver will be showcasing its portfolio of 13 technologies for the first time at the Consumer Electronics Show (CES) slated for Jan 8-11 in Las Vegas as the company marks the 20th anniversary of its foundation.

Naver Labs Corp., a R&D subsidiary of Naver, has integrated AI, mobility, robotics and other technologies for the development of so-called Ambient Intelligence with an aim of improving people’s lives.

“The demonstrations at CES show the advances we have made with the extended definition and dimension map platform, and offer a glimpse of Ambient Intelligence in the future,” CEO Han Seong-sook said in a press release.

The Ambient Intelligence-based products to be demonstrated include “AMBIDEX,” a robotic arm that uses a cable-driven mechanism to make interaction with humans safer.

Other robotics technology includes “Around G,” an autonomous guide robot that provides guidance in large indoor spaces such as shopping malls and airports.

Another technology is “ADAS CAM,” a camera incorporating a technology called Advanced Driver Assistance Systems that is based on deep learning algorithms, Naver said.

Naver said it will also showcase a “Hybrid HD map” that is based on Naver Lab’s autonomous driving and mapping technology that provides mapping solutions by combining aerial images and information from road surfaces.

Naver Labs is focused on developing technologies in areas such as AI, autonomous driving and robotics. The company further made inroads into Europe in 2017 by acquiring the Xerox Research Centre Europe in France.