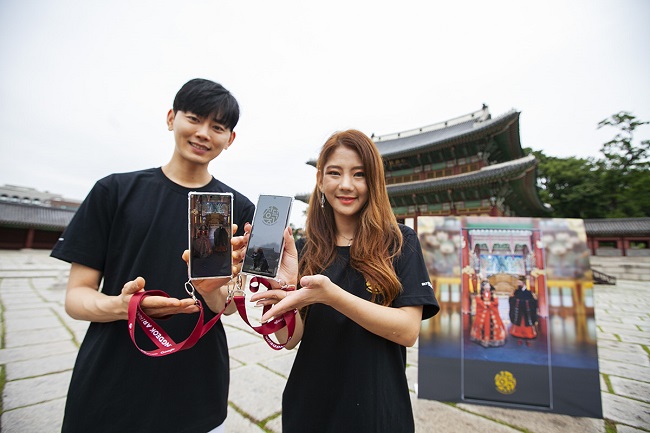 SEOUL, July 27 (Korea Bizwire) — Visitors to Changdeok Palace of the Joseon Dynasty in central Seoul will be able to experience as it was in the past via augmented reality (AR), South Korea’s leading mobile carrier SK Telecom Co. said Monday.

The carrier said it will digitally recreate the Joseon Dynasty’s royal Changdeokgung Palace with its 5G AR technology in partnership with Google Korea and the Cultural Heritage Administration.

From Tuesday, visitors to the royal palace in central Seoul will be able to experience the palace as it was during the Joseon Dynasty (1392-1910) through its AR app, according to SK Telecom.

Changdeok Palace served as one of the dynasty’s main royal palaces after it was built in 1405 and was included among the UNESCO World Heritage Sites in 1997.

The AR app features a virtual palace tour guide and will allow visitors to take photos with Joseon Dynasty royalty, as well as to enjoy other services such as shooting virtual bows and flying virtual kites, according to SK Telecom.

The mobile carrier will offer another app in August to provide a virtual experience of the palace for those unable to make a visit.

SK Telecom said it developed the AR apps amid the “contactless” trend during the COVID-19 pandemic.

The palace had been closed during the outbreak and reopened just last week.

MEC is a key technology in the delivery of ultra-low latency data transmission in 5G networks.

Last year, Donuimun, one of the four main old gates of the Joseon-era capital, which was demolished during Japan’s 1910-1940 colonial rule, was virtually restored by the Seoul metropolitan government.