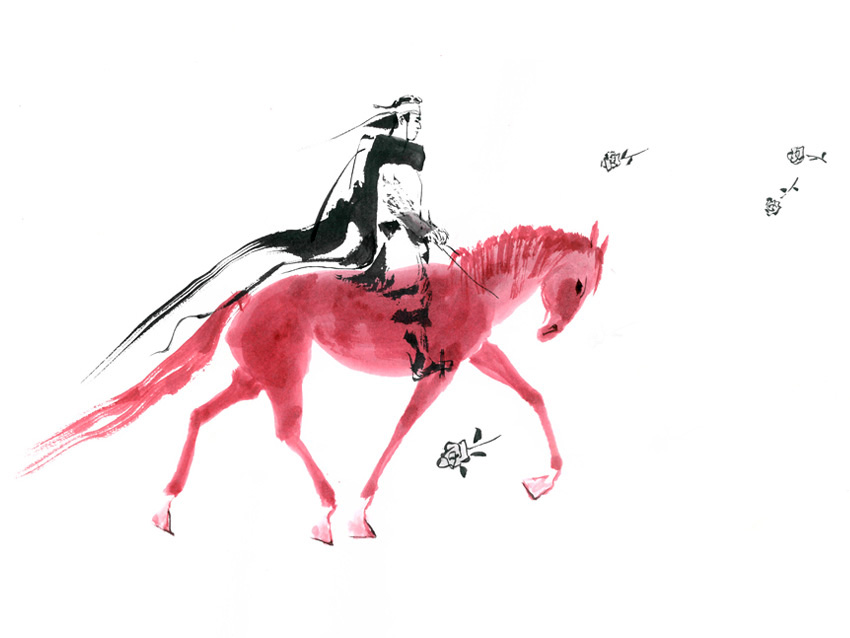 Naver has been staging a special exhibition featuring “Korean Masterpiece Cartoons” starting from the first day of October. The image shown here is the title image of “Red Horse” by Baek Seong-min, which has been on display at the exhibition as a first selection. (image: NHN)

SEOUL, South Korea, Oct 08 (Korea Bizwire) – Naver, a Korean search portal with more than a 70-percent market share, said on October 7 that it would set up a “webtoon” (web cartoon) booth in the Frankfurt Book Fair to be held between the 9th and 13th, in partnership with the Korea Contents Agency. This is the first step by the government and the private sector to lend support to webtoon creators.

Kim Joon-gu, Naver’s senior manager responsible for webtoon sales, said, “The commercial potential for Naver webtoons has been proven by the Japanese version of webtoon applications and Line Manga (cartoon) contents. We’d like to expand the market for webtoons by signing reprinting contracts with publishers across the world.”

The Frankfurt Book Fair is the world’s largest trade show among book publishers, with more than 25 percent of books published in the world being traded here and more than 300,000 participants from 100 countries flocking to the German city every year.

This is first time for Korea’s webtoons to be introduced in the Frankfurt exhibition. Naver will display 30-or-so popular webtoon titles such as “Noblesse,” “Tower of God,” and “God of High School.”

Korea Contents Agency division head Lee Joon-geun said, “Korea’s cartoon industry is developing quickly as webtoons and printed-edition cartoons are selling well at the same time. Just like the singer Psy became a world-class star through YouTube, we hope webtoons could be the leader in making Korean cartoons a worldwide hit.”