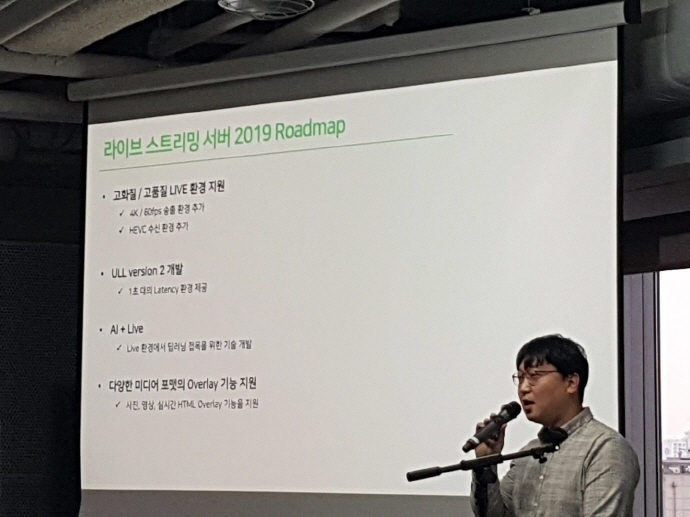 “We will be able to support high-resolution livestreaming service as the lag time will be shortened when the 5G network is installed,” Kang In-cheol, a Naver official, said during a tech forum held in Seoul.

“We are currently developing technology that allows 4K or full HD content as only 720p resolution-based livestreaming is available under the current mobile environment,” Kang said.

The platform allows K-pop celebrities to broadcast live videos on the Internet and live chat with fans from around the globe. Streaming is available online, as well as Google’s Android and Apple’s iOS platforms.

Naver said it also plans to apply deep learning systems based on artificial intelligence to its streaming service, which would reduce the latency in networks.