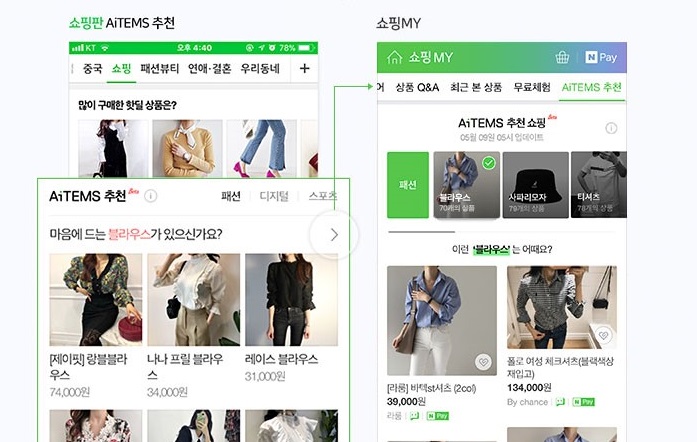 According to a report released by a research team from Korea University, the user selection rate for less popular items with fewer review comments marked a more than sixfold increase among those who use Naver Shopping’s AI shopping recommendation technology.

“AiTEMS recommends items that can appeal to the personal tastes of users by using big data. It focuses on whether the items can meet the personal taste of a user rather than its overall popularity,” Naver said in a statement.

“Accordingly, AiTEMS increases the possibility of items with lower popularity being selected as long as they can satisfy the user’s personal taste.“

“Other factors such as the number of review comments and the level of people’s awareness, which were regarded as important factors in existing search services, have become less significant,” the company added.

In particular, the selection rate in the categories where user experience is important, including fashion, apparel, sports and leisure, was more than five times higher than that in the categories of electronic items and food, where the value of items can be found simply through searches.