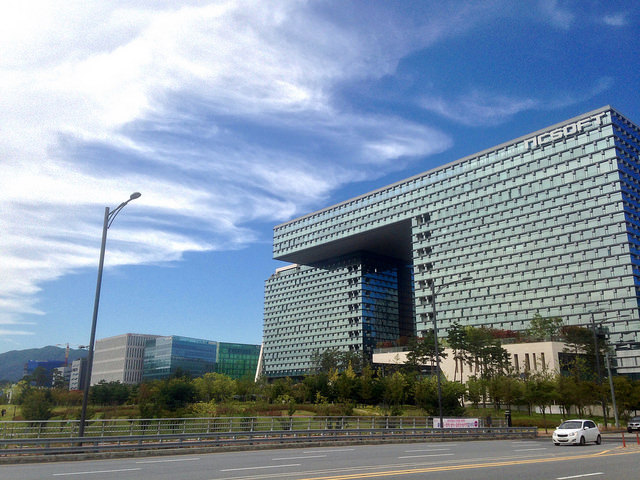 The team-up will focus on “building a solid cooperation system for synergy in the game business toward a global reach.” (image: ohyecloudy/flickr)

SEOUL, Feb. 17 (Korea Bizwire) — South Korea’s No. 2 online game developer NCsoft , facing a possible hostile takeover by top player Nexon, joined Tuesday with a smaller local rival to protect its management control, as the dispute is about to reach a boiling point ahead of NCsoft’s crucial shareholders meeting slated for next month.

NCsoft and Netmarble, the country’s No.1 mobile game developer, said the team-up will focus on “building a solid cooperation system for synergy in the game business toward a global reach.”

“The tie-up means an opportunity for growth for both firms in the global market,” NCsoft chief executive Kim Taek-jin said.

The deal involves a 700 billion-won (US$635.2 million) stock-swap between the two game ventures. NCsoft said in a regulatory filing ahead of the media conference that it will sell shares worth 391.1 billion won, or an 8.93-percent stake, to Netmarble during off-trading hours.

On Monday, NCsoft bought a 9.8-percent stake in the unlisted Netmarble, worth 380.3 billion won, becoming the fourth-largest shareholder after China’s Tencent, which holds 28 percent of Netmarble stocks.

The swap deal gives Kim a shield against Nexon’s attempt to take over control of his company, together with his own 9.98-percent stake.

Nexon, founded by Kim Jung-ju who now heads Nexon’s holding company NXC Corp., made public its intent to acquire NCsoft in late January after it raised its stake in the company to 15.08 percent in October last year from the 14.7 percent it purchased in June 2012.

Industry watchers have speculated that Nexon’s investment in NCsoft would eventually lead to a hostile takeover. The game publisher has always longed for an expansion into the more classic genres of virtual games such as role-playing games, commonly known as MMORPGs.

NCsoft’s flagship multi-user web game Lineage was a worldwide success from the late 1990s through early 2000s, contributing to building its global footing.

The tie-up between NCsoft and Netmarble will likely face further challenge at its shareholders meeting scheduled in March. Analysts bet Nexon as the largest shareholder may seek to put what it had proposed to NCsoft in January up for a vote.

In the proposal, Nexon asked NCsoft to accept its recommendation for a board member in the future and to dispose of some 800 billion cashable assets including real estate to be used for operating costs and other investment.

Part of Nexon’s aggressive offer includes a sale of its treasury stock, which NCsoft refused by selling it to Netmarble instead.