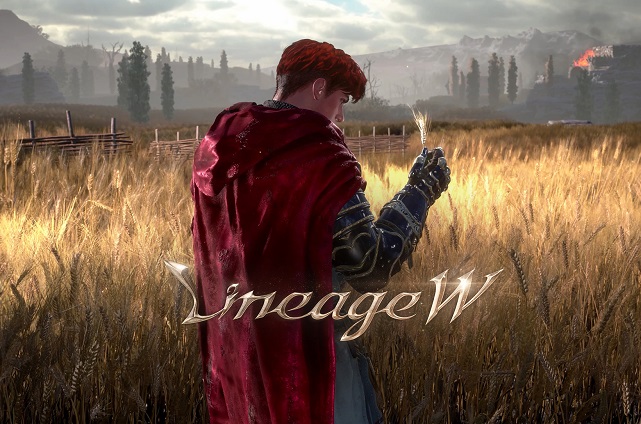 The company is set to launch its highly anticipated massively multiplayer online role playing game (MMORPG) “Blade & Soul 2″ on Aug. 26 as well as a new addition to its popular Lineage franchise — “Lineage W” — by the end of this year.

“Blade & Soul” has drawn around 7.5 million pre-registrations, a record in South Korea, and analysts expect the new games to give NCSOFT a much-needed boost after a disappointing performance earlier this year.

NCSOFT’s net profit fell 51 percent in the first half of the year from a year earlier to 174.5 billion won (US$147.5 million) amid a lack of new games.

“With its launch this year, ‘Lineage W’ is expected to be reflected in the company’s performance from 2022,” DB Financial Investment analyst Hwang Hyun-joon said.

The company unveiled the new MMORPG on Thursday, which aims to target a global audience beyond the franchise’s established focus on South Korean gamers.

The game will incorporate a real-time artificial intelligence translation system to enable communication between players around the world and cross-platform play for PCs and consoles, including Sony’s PlayStation 5 and Nintendo’s Switch.

The launches come amid heated competition among MMORPGs in South Korea.