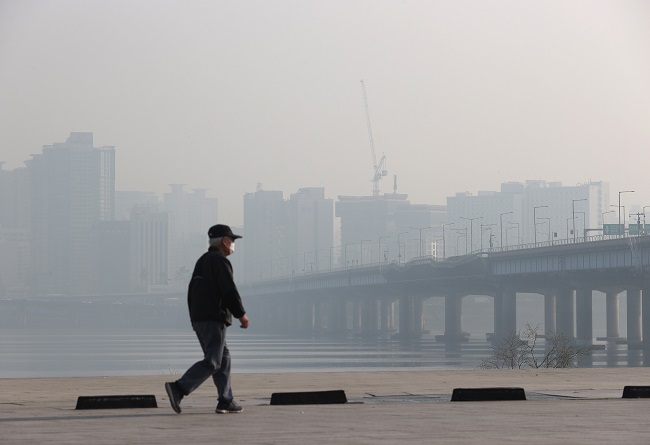 Some 38.2 percent of those surveyed by the Statistics Research Institute said the country’s air quality improved last year, up from 28.6 percent in 2018.

Since 2012, the index gauging people’s satisfaction toward air quality had been on the decline due largely to fine dust.

But last year, it improved apparently because China suspended factory operations amid the pandemic and people refrained from going outside due to concerns about infection risks.

A large portion of the fine dust is believed to blow in from China. Exhaust gas emitted by diesel-fueled cars is also blamed for increasing fine dust.

The report showed Koreans’ anxiety about the outbreak of a new infectious disease increased last year due to the COVID-19 pandemic.

The research institute under Statistics Korea issued the biennial report on people’s quality of life in 11 areas, including health, income and jobs.