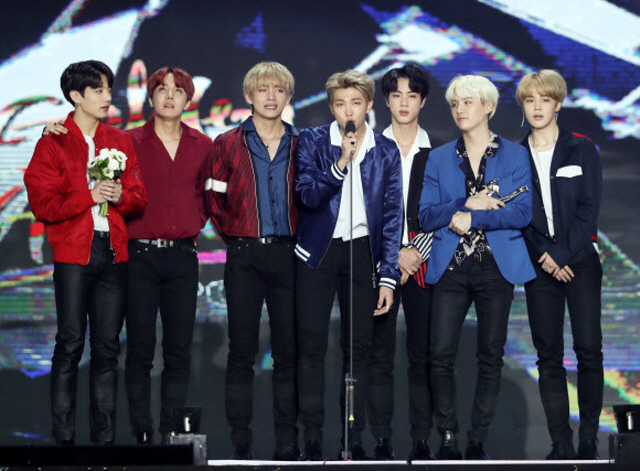 In a regulatory filing issued Wednesday, Netmarble Games said it will acquire a 25.71 percent stake in Big Hit Entertainment for 201.43 billion won (US$190 million). This is equal to 445,882 shares.

The latest decision made the game company the second-largest shareholder of the entertainment agency managing the mega popular group.

“The investment aims to expand the synergistic effect between Netmarble Games and Big Hit Entertainment, which can strengthen the footholds of both companies in the global arena,” the game company said in a statement.

The two entities have been in partnership to develop a new mobile game titled “BTS World,” where users can manage and train BTS members. The so-called realistic cinematic game will exclusively employ more than 10,000 photos of the boy band and over 100 video clips, and is expected to be launched in the first half of this year, according to Netmarble.

The seven-member boy band, also known as Bangtan Boys, has won widespread prominence and become one of the leading K-pop icons. Their 2017 album “Love Yourself: Her” was a massive success, selling over 1.49 million copies since its release in September. It also became the first K-pop group to win the “Top Social Artist” honor from the Billboard Music Awards last year and broke new ground by performing at the American Music Awards.