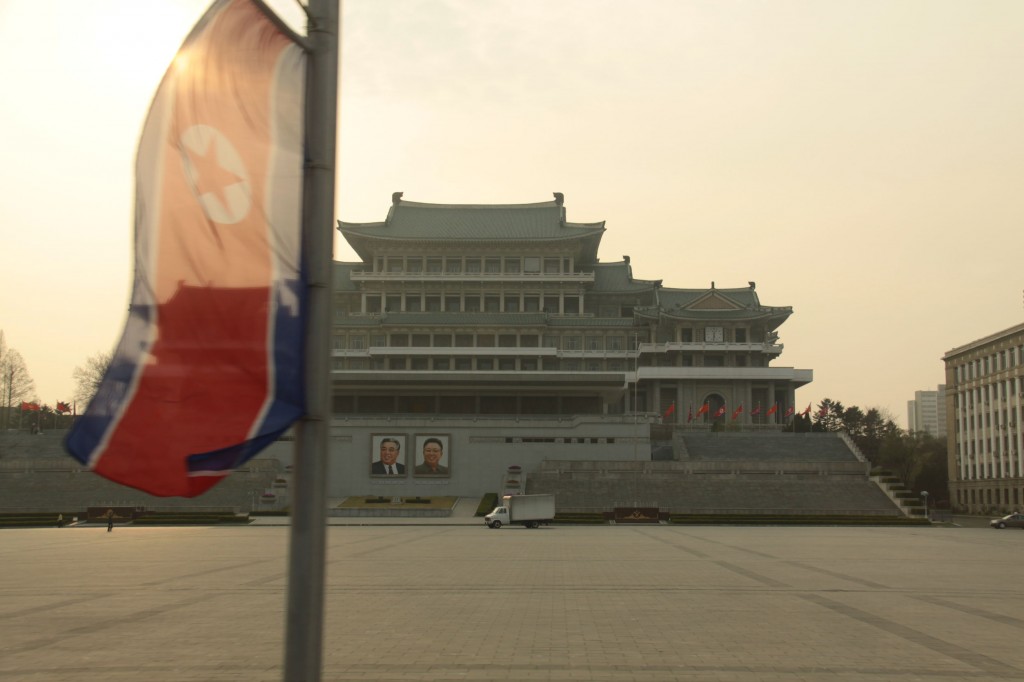 SEOUL, May 26 (Korea Bizwire) – “Moonshine Policy” is what the media have dubbed President Moon Jae-in’s stance towards North Korea, taken from late President Kim Dae-jung’s famous Sunshine Policy that earned him the Nobel Peace Prize in 2000.

After over nine years of rule at the hands of two conservative presidents, South Korea has a new leader from the liberal faction, and that means a more peaceful approach towards its northern neighbor – an idea that divides politicians here from left and right.

Conservatives have argued for years that humanitarian aid to the north, spearheaded by the preceding liberal administrations of presidents Kim and Roh Moo-hyun, has funded North Korea’s nuclear program, while the liberals reject the claims, saying that the conservatives’ strong approach has only provoked the North Korean military and shut off all mediums of dialogue.

During the election campaign, President Moon emphasized national security, calling himself the “President of National Security,” but concurrently stressed the importance of building mutual trust between the two nations, and holding talks at the highest level.

“If the circumstances are right, I’m willing to travel to Pyongyang,” the president said during his inauguration speech two weeks ago.

On May 21, the president appointed Chung Eui-yong, a former ambassador to Geneva, as the chief of the Blue House Office of National Security, while on Wednesday, he named two deputy chiefs – Lee Sang-chul, a formal director of North Korean policy at the defense ministry, and Kim Ki-jung, a North Korean expert and political science professor at Yonsei University – underlining his intent to improve North Korean relations through diplomacy.

On Monday, the Ministry of Unification said that it would evaluate the possibility of resuming civilian exchanges between the two Koreas. On Friday, the ministry gave a green light to the Korean Sharing Movement to discuss ways to resume humanitarian aid and cooperative projects with North Korea – the first approval since January of last year after North Korea conducted its fourth nuclear test.

A delegation from the Moon administration also delivered a personal letter from the president to Pope Francis this week, asking the Vatican to play a key role in mediating peaceful inter-Korean relations.

“We can’t initiate inter-Korean talks at this very moment, but we must reopen the communications hotlines at Panmunjom and other mediums of dialogue,” said Mr. Chung on Monday, in his visit to the National Assembly. “Gradually, we should try to build towards working-level talks.” 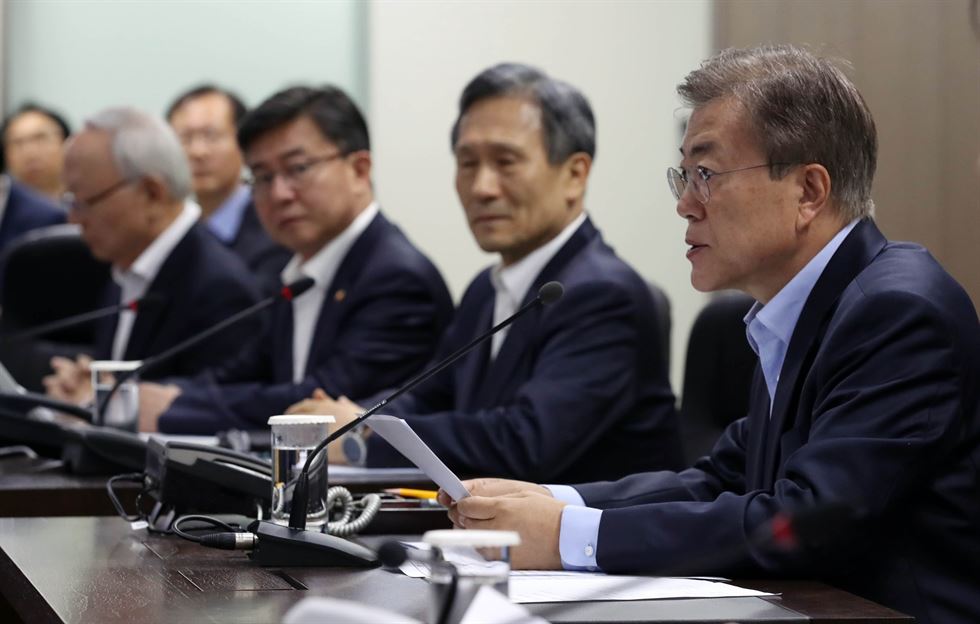 South Korea’s softened approach, nonetheless, will have to be mindful of international sanctions, and the country will ultimately have to coordinate with its neighbors – China, Russia, Japan – and most importantly the U.S., to persuade Kim Jong-un to give up his nuclear ambitions.

In June, Mr. Moon will be travelling to Washington, DC, to meet with President Donald Trump for the first time, discussing North Korean issues as one of the foremost issues.

Mr. Trump has been sending a rather ambiguous message to North Korea, calling its leader a “madman” at one point and a “pretty smart cookie” at another. He also said that he would be “honored” to meet with Kim under the “right circumstances.”

Militarily, though, the Trump administration has displayed a clear show of force in recent months.

A combined exercise involving two American aircraft carriers may take place in South Korean waters early next month, a government source said last week. The USS Carl Vinson has been operating in the East Sea for almost a month now, while the USS Ronald Reagan reportedly left Yokosuka, Japan, on May 16, headed towards the Korean Peninsula.

“The era of strategic patience with North Korea is over,” Vice President Mike Pence said during his visit to the DMZ in April.

A preemptive strike by the U.S. is highly unlikely, as is another full-scale war on the peninsula, experts say. But whether an eye-for-an-eye approach towards North Korea would effectively contain the crisis is also much debated. 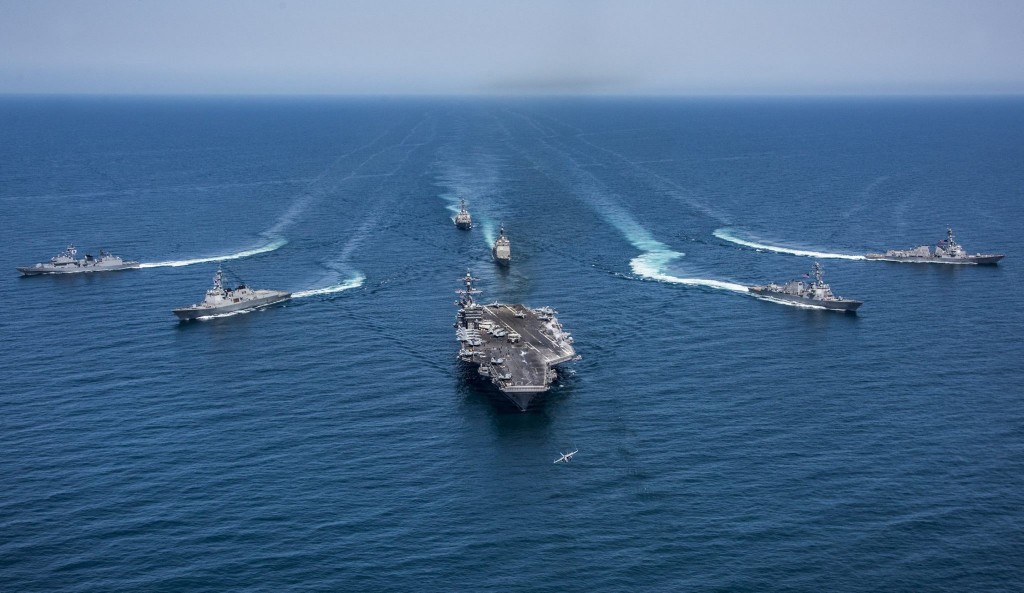 Photo of the USS Carl Vinson, during a combined exercise with the South Korean military, released on May 4 via Facebook. (image: Facebook/ USS Carl Vinson (CVN 70))

The conservative administrations of Lee Myung-bak and Park Geun-hye insisted on tougher sanctions against North Korea and strengthening the military in hopes of subduing threats, while the Obama administration adopted a similar attitude through its “strategic patience,” gradually intensifying sanctions while expecting China to convince its Korean ally to come to the negotiating table.

All the while North Korea grew more aggressive, conducting four nuclear tests (since the Lee administration) and impressively bolstering its missile capabilities. It also carried out deadly operations including the bombardment of Yeonpyeong and landmine provocations in the DMZ that resulted in the deaths of both servicemen and civilians.

Although the plan does not stray far from President Moon’s approach, to denuclearize North Korea through both sanctions and dialogue, the allies are likely to disagree in terms of the level of pressure that they’re looking to enforce, as well as the timeframe in which talks should take place.

In the end, it all comes down to how much South Korea’s new administration can persuade its allies, namely the U.S., to support the new-found strategy towards its restive neighbor.

“The Trump administration has expressed its strong will to solve the North Korean nuclear crisis, more than any of its predecessors. (President Moon) ought to make best use of its commitment,” said Park Won-gon, an international relations professor at Handong Global University.

“As much as the Moon administration wants to improve inter-Korean relations and find a way to solve the crisis as quickly as possible, it also should consider a long-term plan given the situation and circumstances.”