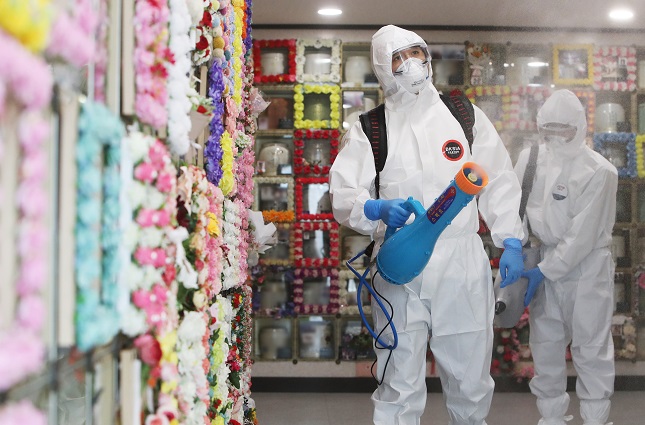 The country added 1,497 COVID-19 cases, including 1,463 local infections, raising the total caseload to 275,910, according to the Korea Disease Control and Prevention Agency (KDCA).

Daily cases have stayed above the 1,000 threshold for more than two months amid the fast spread of the more transmissible delta variant nationwide.

The country added seven more deaths from COVID-19, raising the death toll to 2,367. The fatality rate was 0.86 percent.

As of 9 p.m., the country added 1,941 more cases for the day, up 522 cases from the same time a day earlier, according to health authorities and local municipalities. The daily tally is counted until midnight and announced the following morning.

Eighty percent of the new cases were found in the greater Seoul area, with the capital reporting a daily record of 790 cases. It was the first time the daily tally in Seoul has surpassed 700.

Infections in the greater Seoul area, home to half of the country’s population, have been hampering the authorities’ containment efforts, with nearly 80 percent of domestic cases being reported in Seoul, Gyeonggi Province and Incheon.

The KDCA said the country’s virus reproduction rate reached 1.01 after moving upwards since the second week of August.

Health authorities are urging people to receive vaccine shots and follow virus prevention measures more thoroughly during the Chuseok holiday, the Korean autumn harvest celebration, when tens of millions of people are expected to travel across the country.

They expect the daily population movement during this year’s Chuseok holiday period to increase 3.5 percent from a year earlier. 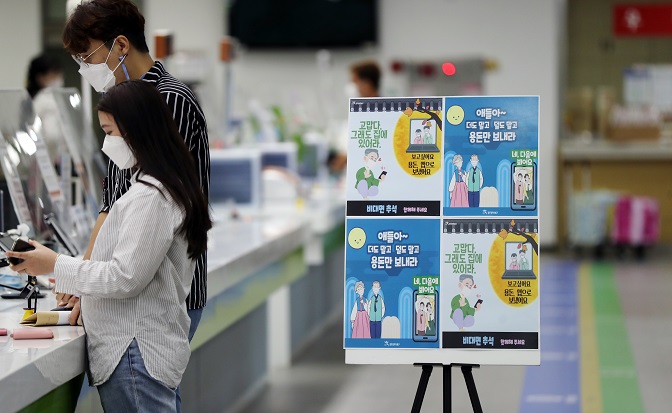 A poster asking people to stay home during the Chuseok holiday is displayed at a ward office in Gwangju on Sept. 14, 2021. (Yonhap)

The authorities said a first-shot vaccination rate of 70 percent is expected to be achieved this week. The country aims to reach herd immunity in November and hopes it can apply an enhanced virus response scheme for a gradual return to normalcy.

In the fourth quarter, the country plans to inoculate more of the younger population, including adolescents aged 12-17.

Of the newly confirmed domestic cases, 529 were from Seoul, 454 from the surrounding Gyeonggi Province and 124 from the western port city of Incheon.

Among virus clusters, a traditional market in southern Seoul added nine cases, raising its total to 151.

The number of cases linked to a middle school in Gwangju rose by four to 37, while four more cases were found to be tied to a restaurant in Daegu, raising its total to 68.

Imported cases, which include South Korean nationals, came to 34, up 10 from the previous day. The total number of imported cases is now at 14,003.

Of the new imported cases, six came from China followed by the United States with five.

The number of patients with serious symptoms across the country reached 34, down two from the previous day.

The total number of people released from quarantine after making full recoveries was 247,647, up 2,142 from a day earlier.