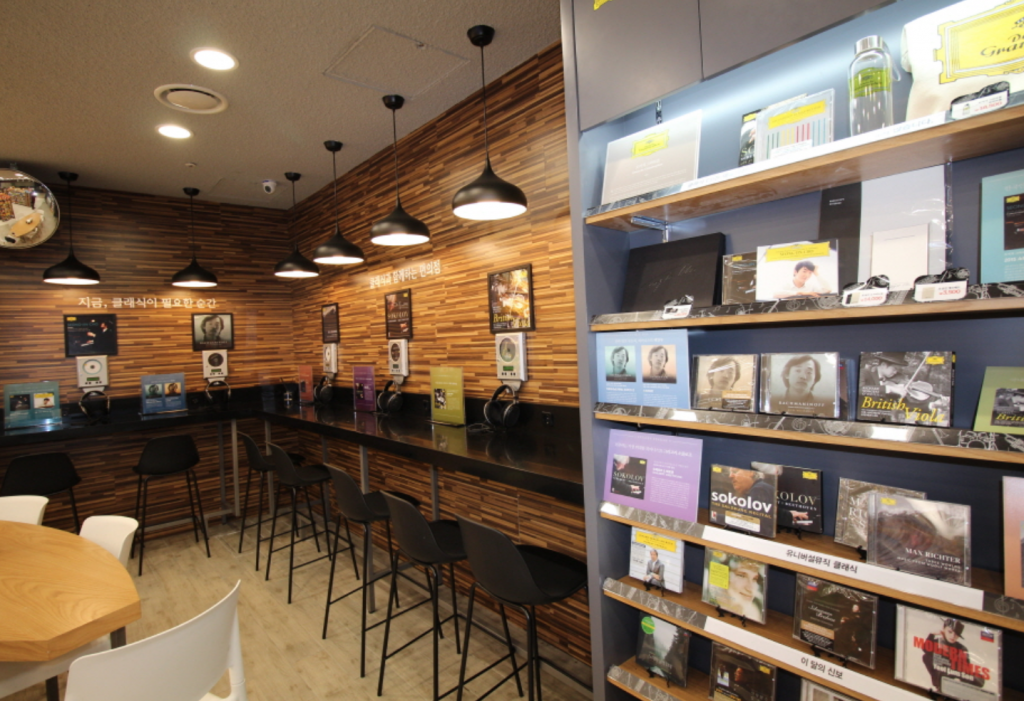 SEOUL, Feb. 14 (Korea Bizwire) – In a new addition to the list of unique convenience stores in South Korea, Shinsegae’s convenience store franchise With Me opened Monday a new outlet at the Seoul Arts Center with classical music as its main theme.

The 79-square-meter store is With Me’s 1,830th outlet. It has a fan-shaped interior, inspired by the shape of SAC’s Music Hall, with a small resting area in the corner that has music players with headphones for visitors to listen to.

The walls are decorated with pictures of celebrated classical artists from South Korea, including pianists Paik Kun-woo and Cho Seong-jin, and violist Richard Yongjae O’Neill.

In a joint venture with Universal Music Korea, the store is also displaying classical albums from both Korea and overseas, although it will not be selling the albums and will encourage patrons to support local record dealers instead, With Me said.

“We decided to open this ‘classical music convenience store’ that offers a quick resting place for those visiting the arts center to listen to performances by some of the finest classical musicians,” said a company official. “We’ll be opening other uniquely-themed outlets this year to grow more individuality.”

Convenience stores in Korea have been adopting non-traditional services at their outlets recently, such as laundry and parcel services, while some have even partnered with other industries like finance, and even karaoke.

Last September, With Me opened an outlet at Starfield Hanam where customers can choose individual side dishes to make their own lunch boxes.