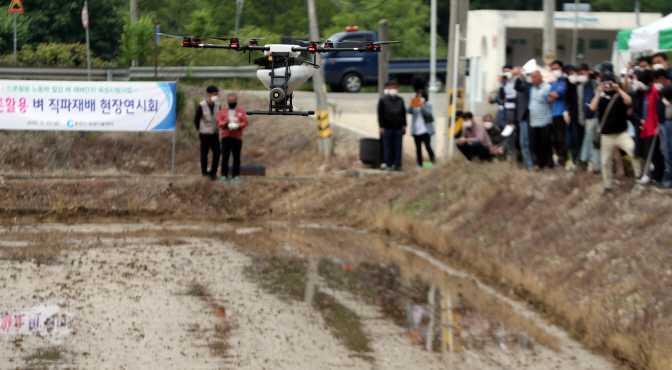 CHUNCHEON, May 25 (Korea Bizwire) — A local government has created a direct cultivation complex that sprays rice seeds into rice paddies using drones to ease the shortage of rural workers due to South Korea’s aging population.

If rice seeds coated with iron are put into a drone dispenser and sprayed immediately, the seedlings and rice planting can be skipped.

In a related development, a demonstration was held Friday in Chuncheon, Gangwon Province where a rice cultivation complex will be promoted. 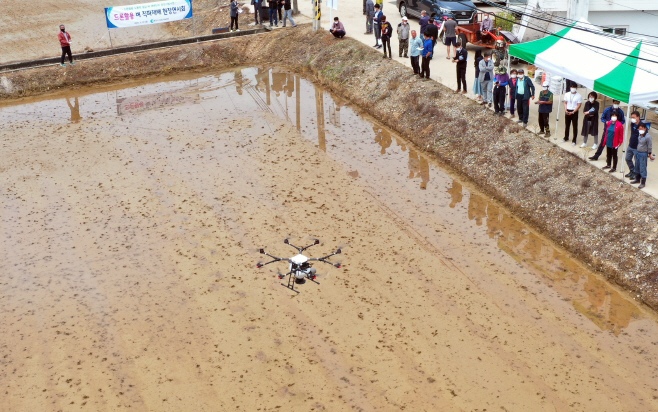 The drone sowed rice seeds 2 to 4 meters above the water-filled rice paddy field.

At the demonstration, farm work that would have taken around an hour using conventional methods was completed in only 10 minutes with the help of a drone.