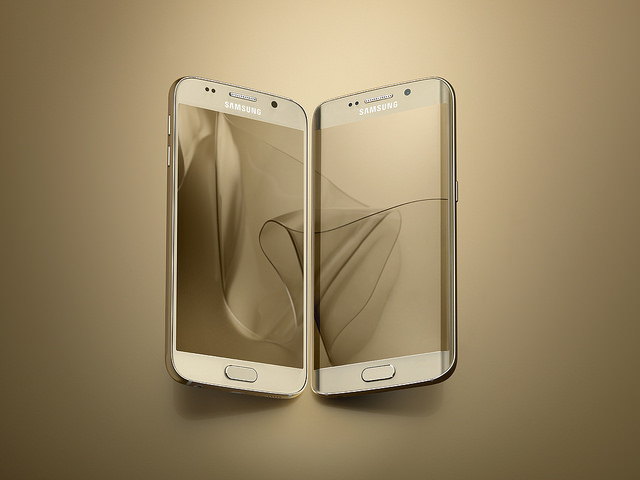 Sales started in South Korea, the United States, Britain and Germany, and will expand gradually to other regions, Samsung said.’

Samsung’s Galaxy S6, first showcased last month, is equipped with various state-of-the-art features, including a built-in battery that can be charged wirelessly, as well as the new mobile transaction system Samsung Pay, which stands out from rivals as it supports all payment technologies.

SK Telecom Co., South Korea’s top mobile carrier, said earlier its initial stock of 5,000 Galaxy S6 units sold out on the first day of pre-orders on April 1, raising the market’s expectations that Samsung’s recovery may be heating up.

“Apparently, customers’ reaction towards the Galaxy S6 and Galaxy S6 Edge has improved from previous Galaxies,” said a smartphone dealer surnamed Lee in Seoul’s affluent Gangnam district. “Many iPhone users have made inquires on switching to the new Galaxies, apparently attracted by their design. This never happened in previous models.”

The quirky Galaxy S6 Edge also has grabbed the market’s attention with the industry’s first screen that is curved on both sides, providing users with a wider view. This is an upgrade from the Galaxy Note Edge, which has a curved screen on only one side.

Industry watchers said the sales of the two models are set to reach 50 to 60 million units this year, hovering far above the previous record held by the Galaxy S4, which shipped 45 million units in its first year.

Such a rosy outlook is significant in that Samsung’s mobile business has remained lackluster over the past months. This is due to the rise of Chinese players eating into its low-to-mid-end handset markets, while U.S. Apple Inc.’s iPhone 6 raked in more users seeking high-tech smartphones.

In the fourth-quarter of 2014, Apple took up 20.4 percent of the global smartphone market by shipping 74.8 million units, outpacing that of Samsung which accounted for 19.9 percent, data compiled by market tracker Gartner showed. The result came as a shock for Samsung, as it took up 29.5 percent of the market a year earlier compared to Apple’s 17.8 percent.

Apple also widened its gap with Samsung in terms of revenue in the mobile sector. A separate research study conducted by Strategy Analytics showed that the U.S. giant accounted for 48.9 percent of the world market in the October-December period, compared to Samsung’s 17.2 percent.

Market sources said incentives paid out by mobile carriers to users will be no more than 210,000 won. The amount apparently reflects the high demand for the smartphones, as South Korea’s telecom watchdog decided to increase the ceiling on smartphone subsidies earlier this week. Mobile carriers will be allowed to pay out a maximum of 330,000 won in subsidies, up from the current 300,000 won.