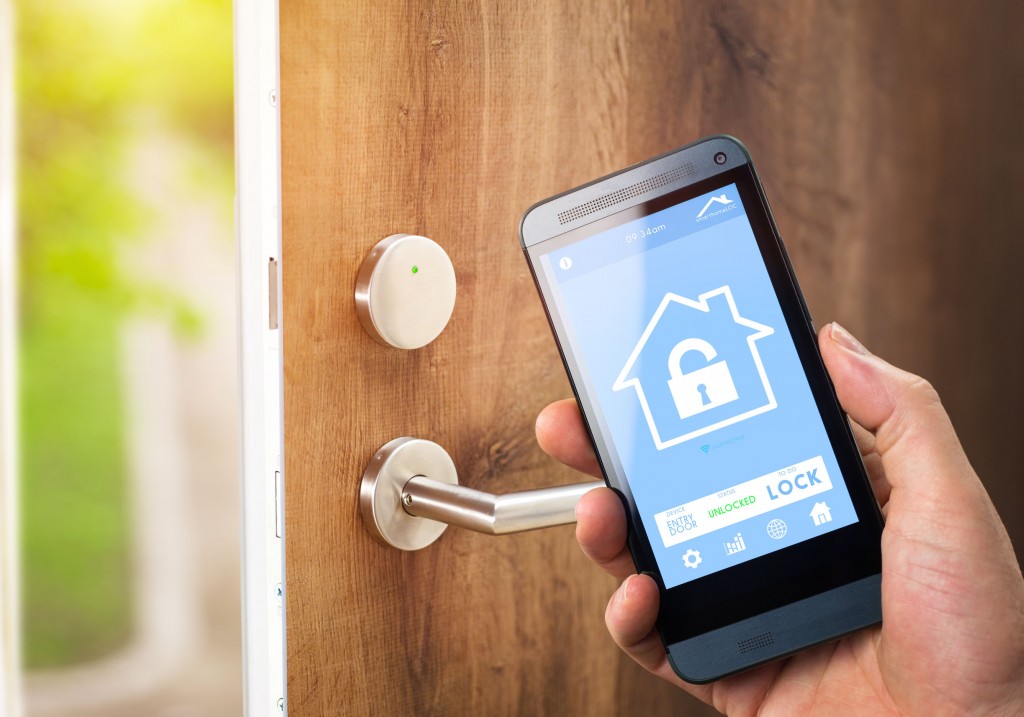 By integrating AI and IoT technologies with other features like speech recognition, home owners could soon enjoy the convenience of opening their front door from the kitchen, for instance, simply by speaking to the door lock system. (image: KobizMedia/ Korea Bizwire)

According to the Korea Intellectual Property Office, the number of IoT door lock patent applications surged to 27 in 2014 and 48 in 2015. Although the number of applications dropped to 24 last year, it was still a big increase over the single digits recorded until 2013 (a total of seven patents).

Similarly, patent applications for AI-integrated door locks also rose to seven in 2014 and eight in 2015 from only one in 2013, and officials expect the number to see a steady increase into the foreseeable future.

The most recent smart door lock technologies overcome the setbacks of traditional digital door locks, which usually incorporate a keypad with an internal circuit board (or with fingerprint scanners or facial recognition features for more advanced applications).

For example, an AI door lock could distinguish men from women, or adults from children, without requiring users to pre-register. This means that a door lock could be used to only allow women to enter female public restrooms or prevent children from entering a rooftop entrance, officials said.

In addition, by integrating AI and IoT technologies with other features like speech recognition, home owners could soon enjoy the convenience of opening their front door from the kitchen, for instance, simply by speaking to the door lock system.

“Digital door locks are becoming smarter with the fourth industrial revolution centering around IoT and artificial intelligence,” said Kim Yong-jeong, the screening director for the KIPO residence life department. “We expect to see more of these patents in the future.”