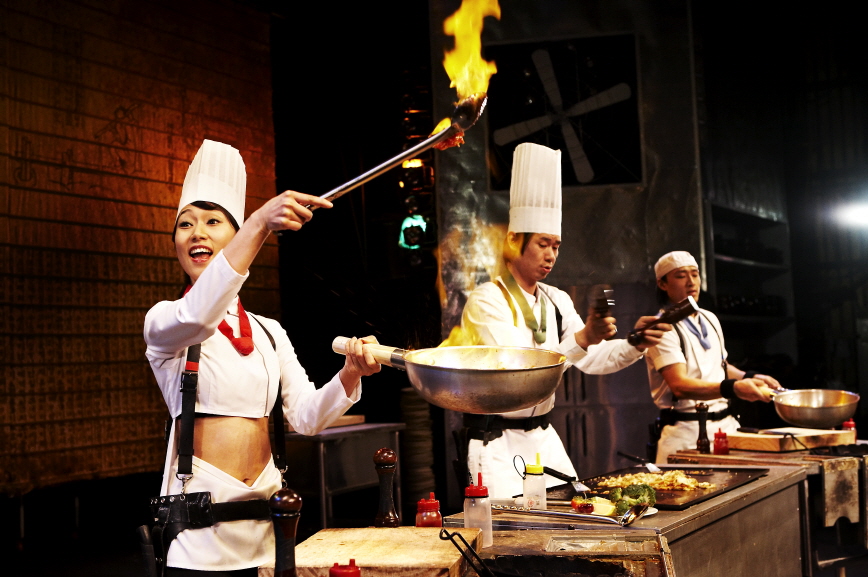 “Nanta” is the country’s first non-verbal performance based on the rhythm of “samulnori,” the traditional Korean percussion quartet. (image: PMC Production)

The opening brought the number of exclusive theaters for the show to five — three in Seoul, one on the southern resort island of Jeju and one in Bangkok, PMC Production said in a release.

“We opened a theater in the Hongdae area because it is cited as a must-visit place among foreigners after Seoul’s Myeongdong district and rising as a new code of hallyu,” the company said, referring to the global boom of the Korean pop culture.

“Nanta” is the country’s first non-verbal performance based on the rhythm of “samulnori,” the traditional Korean percussion quartet. First staged in 1997, the play about three chefs and a manager preparing for a wedding reception in an open kitchen became the first show from an Asian country to be staged on New York’s Broadway.

The show topped 10 million in accumulated viewers at home and abroad last December, becoming the most-viewed domestic play of all time.’