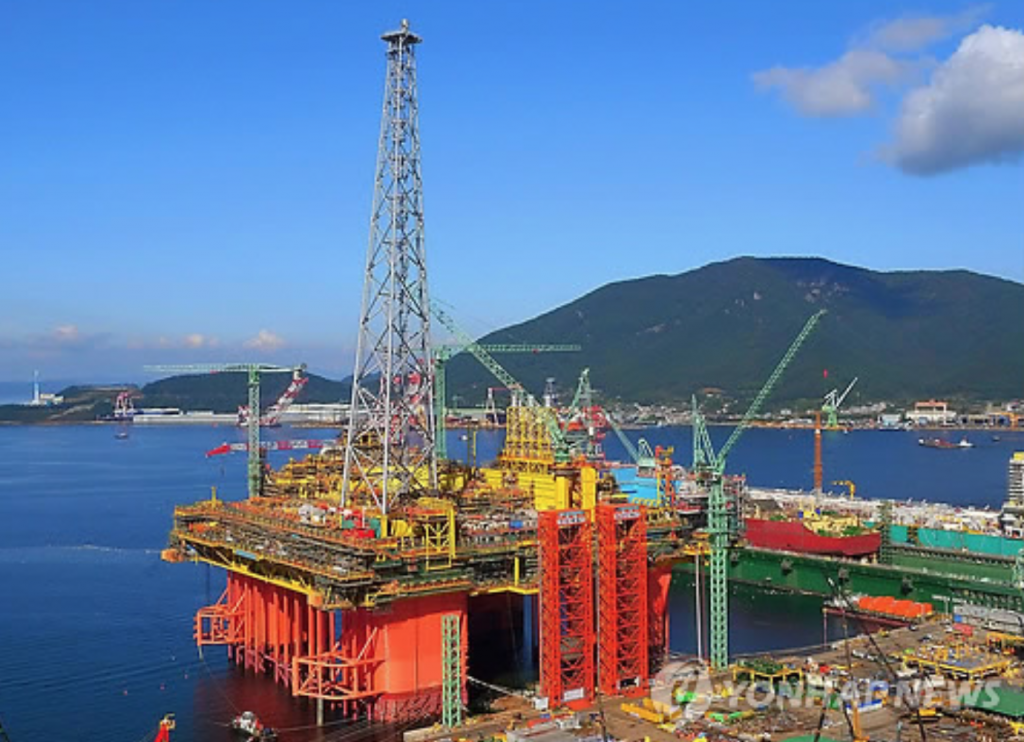 Samsung Heavy Industries Co. said this week that it had won a US$230 million deal to build a floating storage and regasification (FSRU) ship.

Under the deal with Norway-based Hoegh LNG Holdings Ltd., the shipyard will build the vessel by May 2019.

Earlier this month, Samsung Heavy won a $1.27 billion deal to build an offshore facility, marking the first mega deal of the year for Korean shipbuilders struggling to bring in new orders.

Also this week, Hyundai Heavy Industries Co. said it won an order from Hoegh to build a FSRU ship.

Although Korean shipbuilders will take a long time to climb out of their slump, some executives expected shipbuilding orders to show a sign of recovery this year.

Hyundai Heavy’s chief executive Kang Hwan-koo told an industry gathering on Jan. 12 that last year saw “the bottom” of the shipbuilding industry and this year will “become better” than last year.

The country’s shipbuilding industry has been reeling from mounting losses caused by an industrywide slump and increased costs.

The country’s top three shipyards, including Hyundai Heavy and Samsung Heavy, suffered a combined operating loss of 8.5 trillion won in 2015 due largely to increased costs stemming from a delay in the construction of offshore facilities and the industrywide slump.

Hong Seong-in, a researcher at the Korea Institute for Industrial Economics and Trade, said global demand for offshore drilling rigs is on a recovery track as oil prices rise.

However, lingering uncertainties about the global economy and oil prices are likely to weigh on the shipbuilding industry, Hong said.