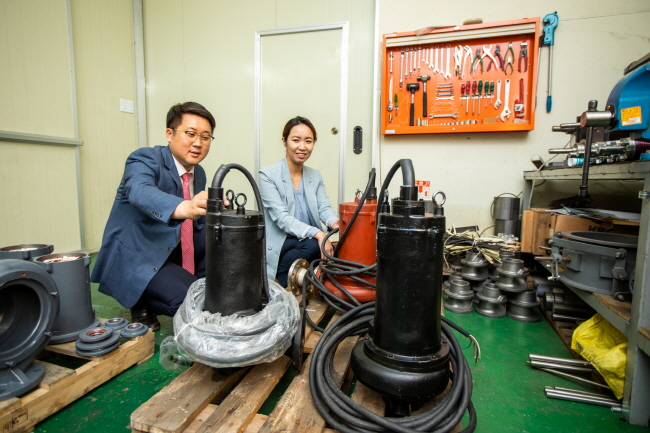 CHONAN, May 20 (Korea Bizwire) — A new sewage treatment system has been developed that can process female hygiene products, wet wipes, and other large, solid materials.

The Korea Institute of Industrial Technology (KITECH) and regenerative blower manufacturer Hwanghae Electric Co. announced Tuesday that they had developed a single-channel pump that can flush even large, solid materials.

The current sewage treatment system uses a double vane pump that comes with two identical rotary devices that are affordable and easy to manufacture.

The pump, however, is designed to narrow the water flow, which is often blocked by large, solid materials, accounting for 98 percent of all pump-related failures.

This is why most public restrooms that don’t have trash cans in individual stalls still ask all visitors to dispose of hygiene products and wet wipes in a separate bin.

The new single-channel pump, in contrast, only uses a single rotary device, which ensures a larger water flow and the passage of large, solid materials. 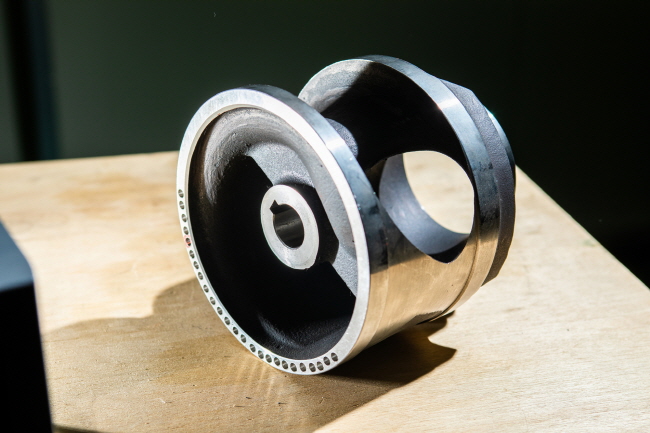 The new pump is 50 percent more efficient than the double vane pump thanks to its design that prevents severe vibration normally caused by the asymmetric structure.

The new pump was installed in the sewage system in Jeju last December for testing.

KITECH registered 12 patents related to this technology, and two patents submitted in the United States are currently pending.

“The pump performs just as well as any other product made overseas, while it is more than three times cheaper,” said Dr. Kim Jin-hyuk, who spearheaded the research.

“South Korea can now replace imported single-channel pumps with its own.”