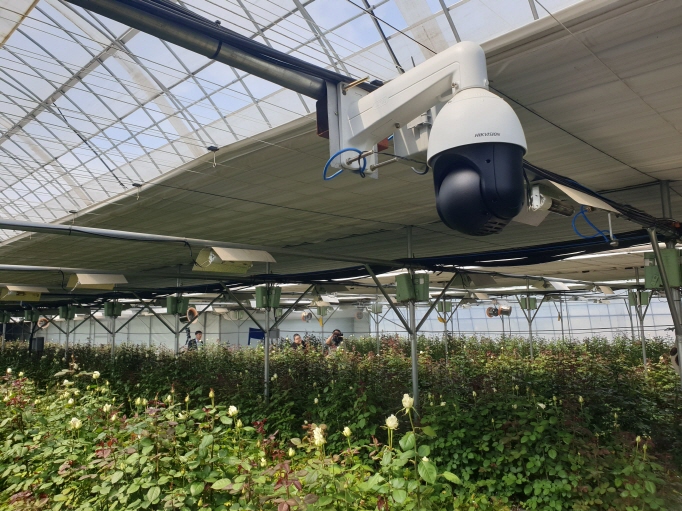 A floriculture greenhouse located in Goyang, north of Seoul, that is equipped with smart farming technologies. (Yonhap)

SEOUL, May 14 (Korea Bizwire) — A South Korean research team has succeeded in developing a circular-type hydroponic system that can be used for vertical and smart farms.

The Korea Institute of Science and Technology announced that researchers had developed a new method of effectively managing the number of microbes in a circular-type hydroponic system.

In hydroponic systems, about 20 to 30 percent of culture fluids are typically discharged without being absorbed by crops, causing environmental pollution and an increase in farming costs.

This method, however, has not been readily accepted since it requires a significant initial investment for the purchase of foreign-made UV light sterilization equipment.

The research team developed a UV light sterilization system that has similar performance to imported devices while being available at a less than half price.

It also developed technology to adjust the number of microbes in reused culture fluid depending on UV light output and water supply.

The research team established a simulation model in a circular-type hydroponic system and implemented an integrated analysis of the characteristics of microbe proliferation.

As a result, it became possible to adjust the number of microbes depending on UV light output and water supply.