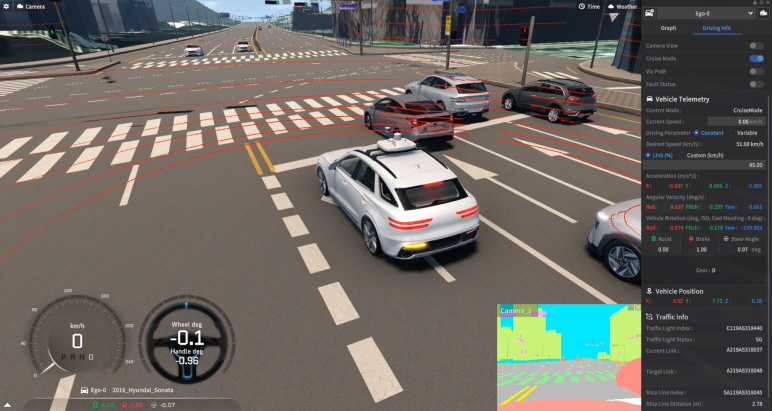 This image provided by the Seoul Metropolitan Government shows a self-driving car simulator .

The city expects that the simulator’s free distribution will expedite technological development at universities, research institutions and startups.

Previously, self-driving car simulators had to be purchased overseas at exorbitant prices.

Also, it was up to research institutions and companies to build various road and traffic conditions needed for the virtual test, which was a costly job that required significant effort.