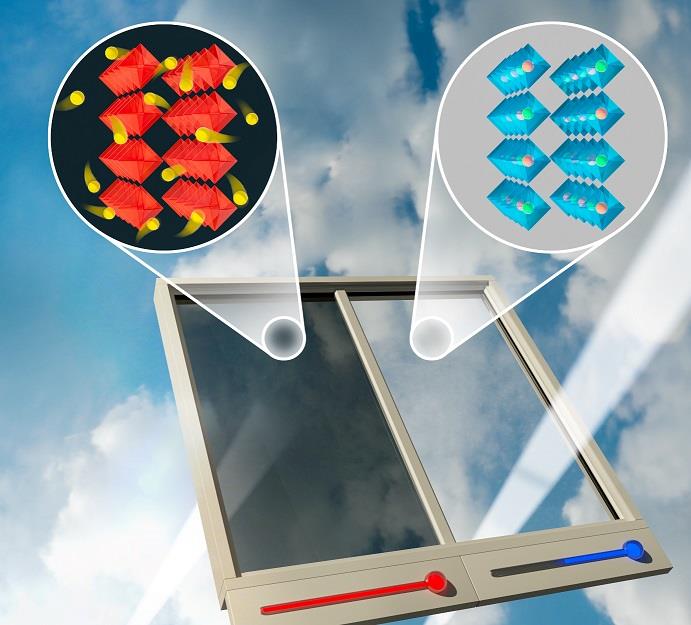 The research team confirmed that the phase transition temperature of the copper-based perovskite material is easily adjustable and its optical transition rate is high at low temperatures. (image: POSTECH)

POHANG, Sept. 10 (Korea Bizwire) — A South Korean research team has developed a new material that can adjust the amount of sunlight that penetrates through window.

A research team at the Pohang University of Science and Technology announced on Wednesday that copper-based perovskite can be used as a new component in smart windows since it has a high level of optical transmission at a low temperature.

At present, global researchers are studying ways to develop so-called smart windows that automatically darken in sunny weather and lighten under cloudy conditions.

Metal-insulator phase transition material is a suitable material for such technology.

Phase transition refers to the phenomenon where forms are changed depending on specific conditions such as temperature and pressure.

Thus far, vanadium dioxide has been regarded as an ideal material for smart windows.

However, it has limits such as low energy-saving efficiency since its phase transition temperature is too high with its optical transition rate in an insulator state being too low.

The research team confirmed that the phase transition temperature of the copper-based perovskite material is easily adjustable and its optical transition rate is high at low temperatures.