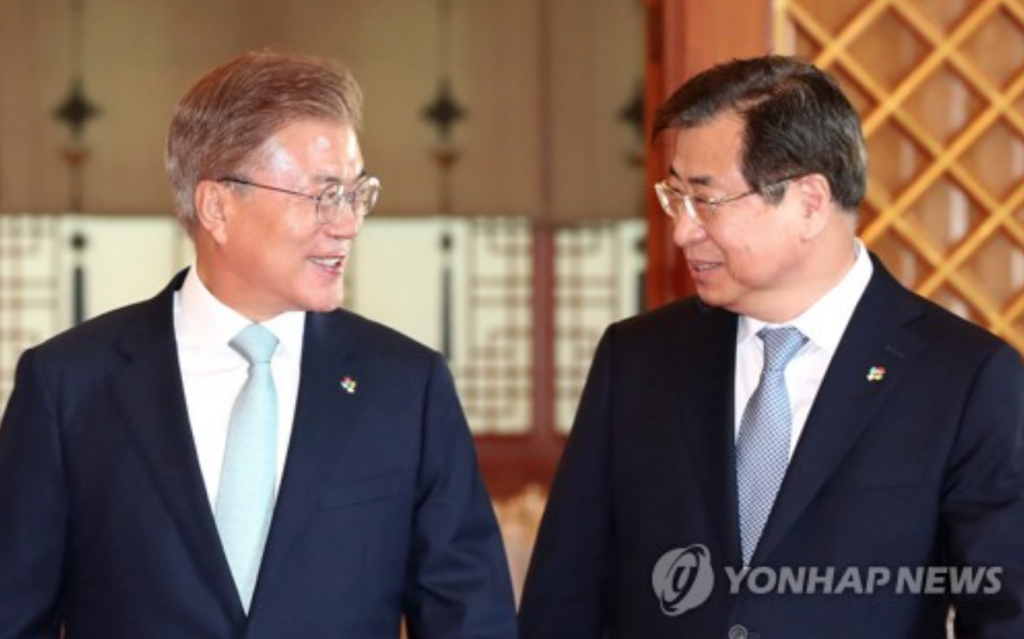 Suh issued the order shortly after President Moon Jae-in conferred an appointment certificate on him and called for “thoroughly” banning the NIS from engaging in politics.

Under the order, the NIS immediately stopped the operations of all NIS operatives tasked with gathering information related to government ministries and agencies, media and other organizations, the NIS said in a press release.

It is in line with Moon’s election pledge to insulate the NIS from politics and make it focus on its overseas operations.

“The NIS will become a completely different entity within the Moon government’s term and be reborn as an agency for the nation and citizens,” Suh was quoted as saying during his inauguration ceremony.

Suh also decided to launch a panel to discuss the mid- and long-term development of the agency and ways to strengthen its intelligence-gathering capabilities. The panel will consist of NIS staff as well as outside experts, the agency said.

“A zero tolerance principle will be applied,” he added.

NIS reform has been a major task for the new president as the agency has lost public confidence due to its alleged political activities.

Some NIS agents were purported to have posted online comments to sway the presidential election in 2012 in which Moon was pitted against former President Park Geun-hye. Suh has vowed to launch a reinvestigation into the allegation.