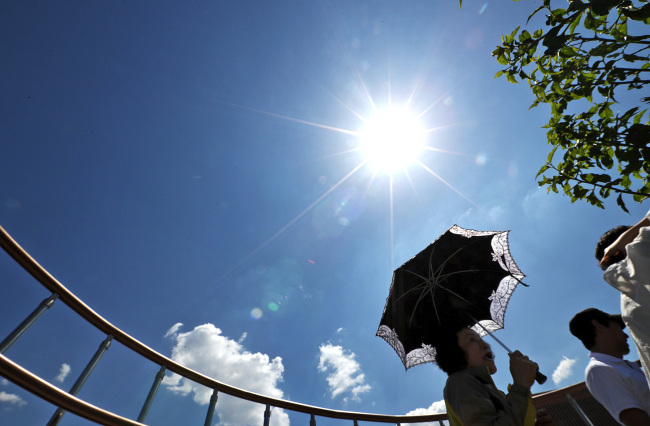 GWANGJU, Dec. 31 (Korea Bizwire) — New technology has been developed by South Korean researchers that can convert even ultraviolet light into electricity.

A joint research team from the Gwangju Institute of Science and Technology (GIST) and the Korea Photonics Technology Institute said Monday that it had succeeded in developing hybrid flexible copper indium gallium selenide (CIGS) thin-film solar cells that can convert all ultraviolet, visible and infrared sunlight into electric energy.

Current flexible CIGS thin-film solar cells are limited by a short wavelength band, from 300 to 390 nanometers, which is absorbed from the transparent electrodes at the top of the solar cell.

The research team succeeded in developing CsPbBr3 perovskite high-efficiency fluorescents that light up visible light bands by absorbing the light in the ultraviolet region, and applied them to the top of the transparent photoelectric layer of CIGS solar cells.

As a result, the researchers developed CIGS-Perovskite Hybrid Flexible Thin-Film Solar Cells that can convert various kinds of sunlight, which includes not only visible and infrared areas, but also ultraviolet areas, into electricity.

Not only did it solve loss of ultraviolet bandwidth that occurs on top of existing CIGS thin-film solar cells, but it was designed to minimize reflection on the surface of the element by adjusting the thickness of perovskite.

“High-efficiency flexible CIGS thin-film solar cells developed this time will be applicable to a variety of areas such as building integral solar cells, electric vehicles and drones,” said professor Jang Jae-hyung of GIST, who jointly led the research team.