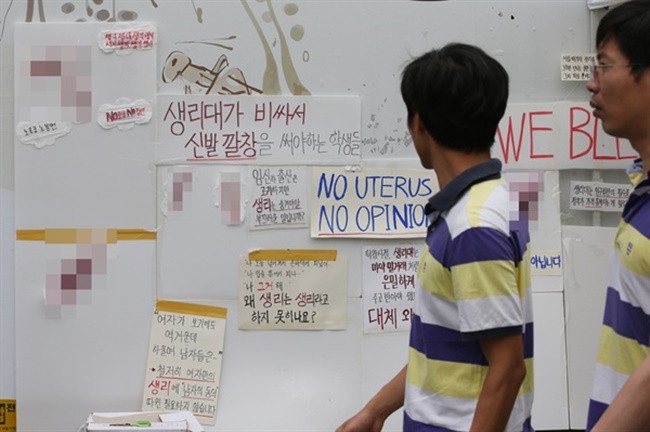 The MDFS is planning to announce the test results of the 10 substances by the end of this month, and the other 76, including 1,2,3-trimethylbenzene and 1,2,4-trimethylbenzene, at a later date. (Image: Yonhap)

SEOUL, Sept. 3 (Korea Bizwire) — The Ministry of Food and Drug Safety (MFDS) decided on September 1 to increase the number of Volatile Organic Compounds (VOCs) to be examined in sanitary pads for women from the current 10 to 86 substances.

“We have added 76 more VOCs to the current 10 substances for examination, and are planning to make an announcement on the results as soon as we can,” said the MFDS.

With the Korean media abuzz with concerns over the safety of women’s sanitary pads, the MFDS decided to examine of all the women’s sanitary pads in the market on August 29, and began its testing for 10 substances such as styrene, chloroform and ethylbenzene, which are relatively more carcinogenic and toxic.

The 10 substances were selected by the Central Pharmacist Deliberations Committee, which is comprised of toxicity experts.

The MDFS is planning to announce the test results of the 10 substances by the end of this month, and the other 76, including 1,2,3-trimethylbenzene and 1,2,4-trimethylbenzene, at a later date.

Government officials said they would make use of the cryogenic refrigeration grinding method in order to measure the maximum quantity of VOCs present in the sanitary pads.

Additionally, a risk assessment will also be conducted for each product based on the total amount and the proportion of VOCs transferred and absorbed into the skin under the assumption that a woman uses five sanitary pads a day.

“The method is capable of even detecting VOCs of aromatics used in sanitary pads. As soon as the testing is finished, we are going to release the makes, the names, the quanitity of VOCs found and the risk levels regarding all of the products examined,” said an official at the MDFS.