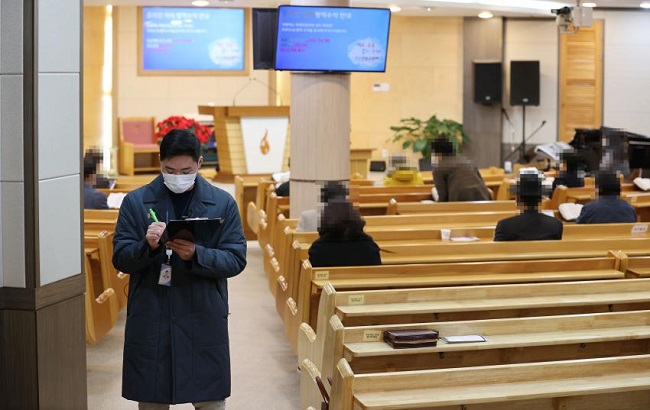 SEOUL, Nov. 29 (Korea Bizwire) — The daily number of new coronavirus cases in South Korea fell back to below 500 for the first time in four days on Sunday, due apparently to less testing over the weekend, and health authorities decided to maintain the current antivirus curbs in the greater Seoul area.

The country added 450 more COVID-19 cases, including 413 local infections, raising the total caseload to 33,824, according to the Korea Disease Control and Prevention Agency (KDCA). It reported one additional coronavirus fatality, bringing the total to 523.

The latest figure is down from 581 on Thursday, 555 on Friday and 504 on Saturday, the KDCA said. However, fewer tests are usually carried out on weekends compared with weekdays.

The daily infection tally has stayed in the triple digits since Nov. 8, with the figure hovering above 300 since Nov. 18 except for Monday.

Amid deepening worries over the third infection wave, the government is expected to decide how to readjust social distancing curbs later in the day.

The authorities have raised the social distancing level by one notch to Level 2, the third-highest in the country’s five-tier system, in the Seoul metropolitan area, where the majority of virus cases have been identified, and began to apply enhanced measures from Tuesday.

The current level bans gatherings in high-risk facilities such as nightclubs and karaoke rooms and prohibits restaurants from doing business after 9 p.m. Only takeout is allowed at coffee shops at all business hours.

Other municipalities have also been enforcing tougher distancing rules depending on their virus situations.

Health authorities decided to keep the capital area under the current Level 2 social distancing, instead of raising to Level 2.5. The anti-virus curbs outside the greater Seoul area will be raised to Level 1.5.

More stringent anti-virus curbs will be implemented in the Seoul area starting Tuesday for a week, and Level 1.5 social distancing outside of Seoul for two weeks from Tuesday, according to health authorities.

Upping the distancing level by one notch would have further limited business hours at facilities such as wedding venues and movie theaters.

Some medical experts have warned that more stringent measures, including escalating the level, are necessary to contain the pandemic as the daily virus count could soar to 1,000. 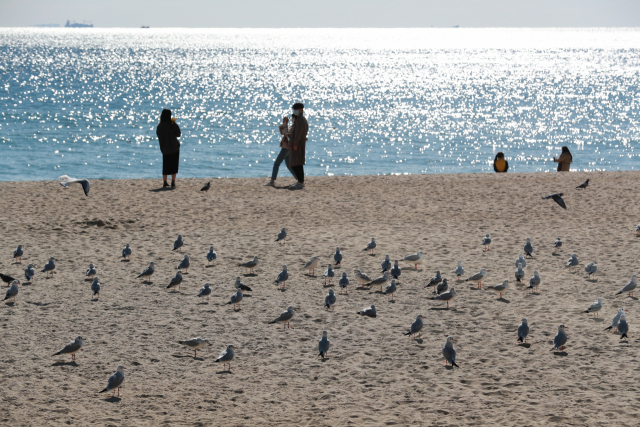 By region, 154 new virus cases were reported in Seoul, 88 cases in Gyeonggi Province that surrounds the capital and 21 cases in Incheon, west of Seoul. The greater Seoul area is home to around half of the nation’s 51.6 million population.

Among virus clusters, an additional 11 people tested positive in cases traced to a church in western Seoul, raising the total to 146, the authorities said.

A dance academy in western Seoul added 21 more cases, bringing the total to 176, while a kids cafe in Yongin, south of Seoul, reported six additional cases, raising its total to 86.

An additional seven people tested positive in cases traced to a sauna facility in southern Seoul, raising the total to 78. Three more people were confirmed to be infected in cases related to a separate sauna nearby, raising the caseload to 66.

The number of cases connected to a traditional Korean drum class in Busan and Ulsan increased by 15, bringing the total to 106, it said.

The number of seriously or critically ill COVID-19 patients came to 76 as of midnight, down from 78 the previous day.

The total number of people released from quarantine after making full recoveries stood at 27,542, up 193 from the previous day.