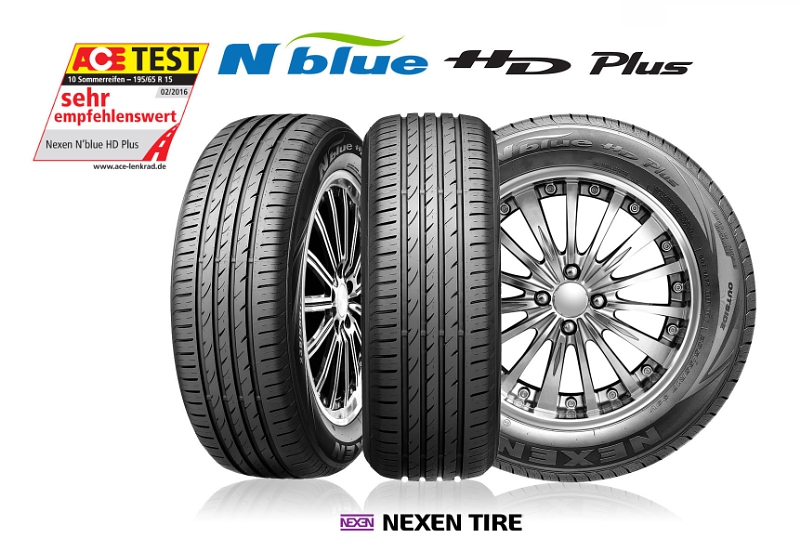 On February 14, ACE Lenkrad published the results of its annual summer tire test. The test included 10 models of tires from various manufacturers, and Nexen Tire’s N’blue HD Plus was tested by being equipped in Volkswagen. The test results showed that the tire topped the list among other tire models, while Hankook Tire’s Kinergy Eco K425 and Pneumant’s Summer HP4 tied for 2nd in the test.

“It is a great honor that the ‘Test Winner’ was given to N’blue HD Plus by ACE Lenkrad this year after receiving a ‘Very Recommendable’ rating by Auto Bild last year, which proves that Nexen Tire’s outstanding products and performance-driven technology are highly regarded. We expect that this result will add further proof that the N’blue HD Plus is an ideal choice for more global car manufacturers and consumers,” said Nexen Tire. “We will continue to provide products that satisfy both the quality and pricing needs of our customers by advancing our technology to the next level of excellence.”

From the test, Nexen Tire’s N’blue HD Plus received the highest total score of 152 out of 190 for overall tests, and especially scored the highest for wet braking test with 63 out of 80 among other tests. This affirms the tire’s excellent performance in categories including, handling, breaking, and hydroplaning resistance, which are connected to the driving efficiency of a vehicle.

In addition, the company has been strengthening its global presence with a focus on the European market in various ways. Nexen Tire signed an official sponsorship with Manchester City Football Club in August 2015. Also, in October 2015, the company started the construction of a new tire manufacturing plant in the Czech Republic, which will feature the most advanced automation systems along with environmentally friendly technologies. Commercial operation is planned to commence in 2018.

Nexen Tire, established in 1942, is a global tire manufacturer headquartered in Yangsan, South Gyeongsang Province, and in Seoul, South Korea. Nexen Tire, one of the world’s fastest growing tire manufacturers, works with 491 dealers based in 141 countries around the world (as of July 2015) and owns three manufacturing plants — two in Korea (Yangsan and Changnyeong) and one in Qingdao, China. Another plant in Zatec, Czech Republic will be operational by 2018. Nexen Tire produces tires for passenger cars, SUVs, and light trucks with advanced technology and excellence in design. The company also focuses on producing UHP tires, which are based on advanced technologies. Nexen Tire supplies OE tires to global car makers in various countries around the world. In 2014, the company achieved a grand slam of the world’s top 4 design awards for the first time amongst the various tire makers in the world. For more information, please visit http://www.nexentire.com.