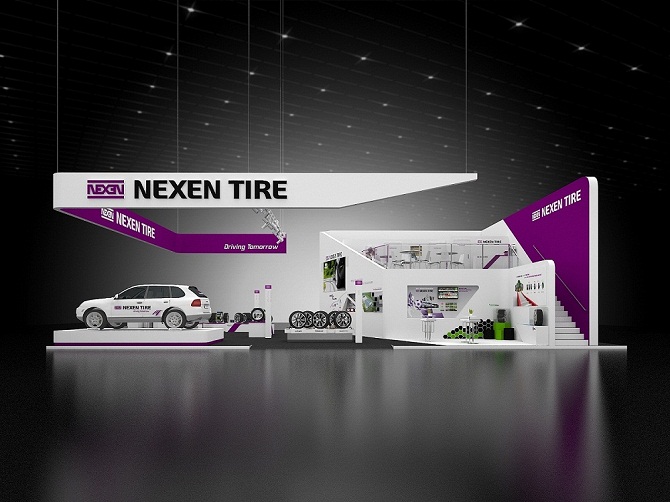 The new factory is planned to tap into the rising demand in the European market and make stable supply to global automakers like Volkswagen, Skoda and Seat. (image: Nexen Tire)

SEOUL, June 25 (Korea Bizwire) – Nexen Tire declared its plan to advance into the European market by constructing a local factory for the stable tire supply.

Nexen announced that it would invest 1.2 trillion won (US$1.2 billion) to build a new plant in Zatec, the Czech Republic to advance into the European market by expanding its global supply of tires. Nexen’s European factory which will be built on the land of 650,000 square meters will begin operating in 2018 after building the plant.

Further, Nexen plans to expand the capacity of the factory to 12 million tires annually gradually considering the market condition. The Czech plant will be built as a high-tech one based on Nexen’s know-how accumulated while constructing its world-class eco-friendly plant in Changnyeong in Korea’s South Gyeongsang Province.

An official at Nexen said, “The new factory is planned to tap into the rising demand in the European market and make stable supply to global automakers like Volkswagen, Skoda and Seat.”

Finally, Nexen chose Zatec for its convenient location for manpower recruitment, background conditions and accessibility to the larger markets of Germany, France and Great Britain. Its location in the Czech Republic producing more than 1 million cars and some 30 automakers within the 400 kilometer radius was also considered.

Along with its location factors, Nexen chose the Czech Republic for generous incentives provided by the Czech government which is striving for the economic revitalization after the Europe-wide fiscal crisis. Currently, Nexen Tire owns three factories, two in Korea and the other one in Qingdao, China.

Kang Byung-joong, chairman of Nexen Tire, said, “With the European factory, we will drive into our advancement into Europe, one of the largest tire markets. Our footstep into Europe will be a momentum for us to leap forward as a leading tire maker as a global brand.”