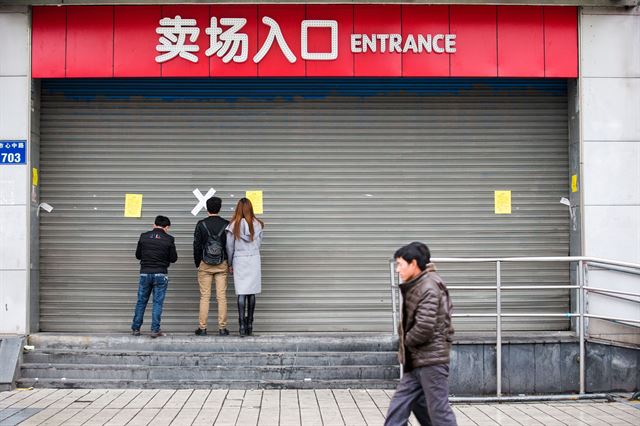 According to the company, nearly 90 percent of its 99 hypermarket Lotte Mart outlets in China halted operations, with 74 stores forcefully shut down in the name of fire inspections and 13 closed temporarily due to anti-Korea protests. (image: Yonhap)

SEOUL, May 7 (Korea Bizwire) – Lotte Group is facing huge losses as its outlets in China have remained closed for about two months over Beijing’s apparent retaliation against the deployment of an advanced U.S. missile defense system in South Korea, according to group officials Friday.

Chinese authorities ordered Lotte to close its stores following inspections in late February or early March after Lotte agreed to offer a site for the U.S. Terminal High Altitude Area Defense (THAAD) missile system in a land swap deal with the Defense Ministry.

According to the company, nearly 90 percent of its 99 hypermarket Lotte Mart outlets in China halted operations, with 74 stores forcefully shut down in the name of fire inspections and 13 closed temporarily due to anti-Korea protests.

Lotte has some 120 retail outlets operating in the country, including five department stores.

If the stores remain closed for three months, Lotte will suffer lost revenue of 300 billion won (US$264 million), according to group officials.

When lost sales for duty-free, food and other businesses are included, the combined losses are predicted to reach 500 billion won.

South Korea decided last year to host a THAAD battery to boost defense against North Korea, but China argues that it is also aimed at Beijing.

China has taken a number of economic retaliatory measures, including restrictions on South Korean imports and Chinese tours to the country, as Seoul refused to give in to Chinese pressure to scrap the decision to host THAAD.

The retaliatory actions by China against THAAD are posing a threat to South Korea’s economy. A report by the Hyundai Research Institute, a private think tank in Seoul, suggested that China’s retaliation could cost South Korea as much as 8.5 trillion won in lost sales this year, or about 0.5 percent of South Korea’s gross domestic product.

If Lotte’s businesses remain disrupted by the end of this year, it will cost the nation’s fifth-largest conglomerate about 2.5 trillion won, according to an industry estimate.