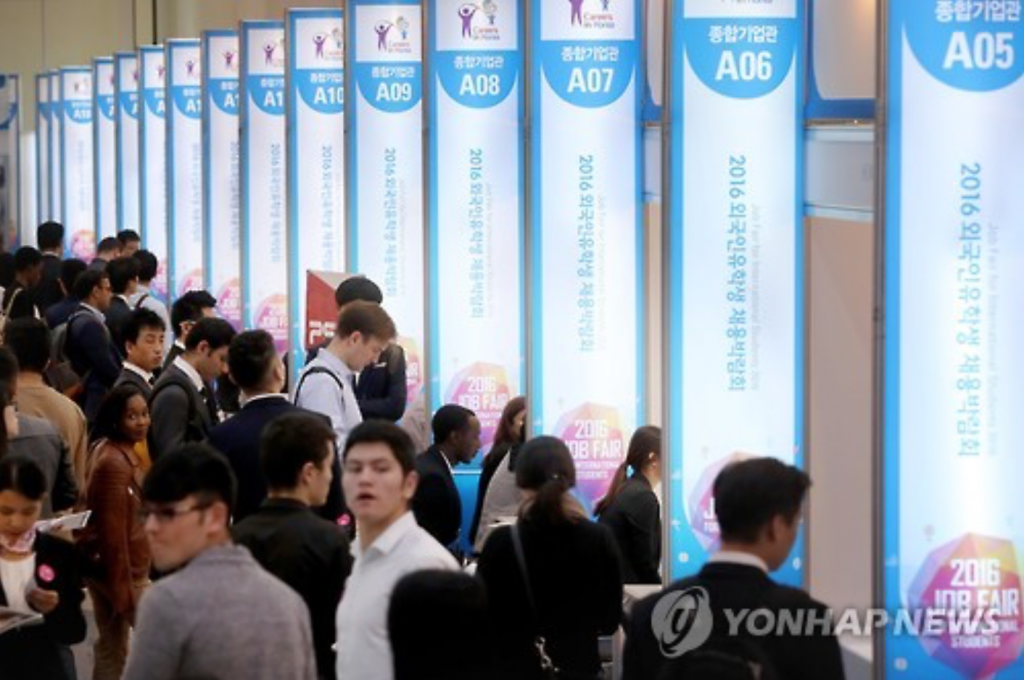 Foreign students studying in South Korea wait their turn for job interviews during the 2016 Job Fair for International Students at a convention center in Seoul on Oct. 6, 2016. (image: Yonhap)

In terms of purposes of stay, overseas studies accounted for the lion’s share with 85,473 students, training in Korean language skills with 36,597 students and training in foreign languages with 12 students.

During the mentioned month, the number of foreign residents gained 2.3 percent from the previous month to 2.03 million.