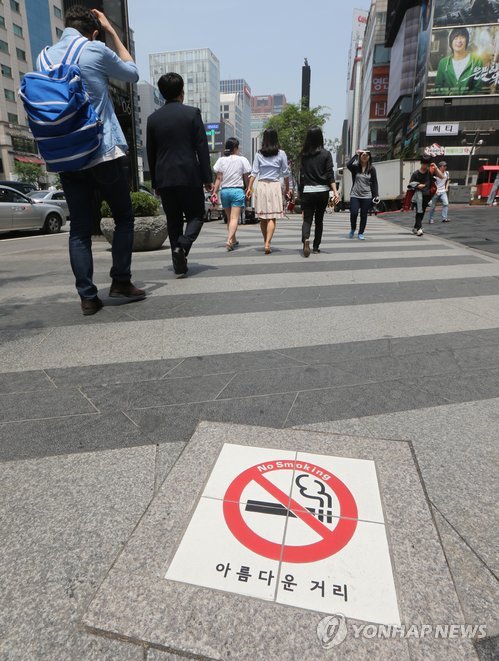 According to the study, residents in areas affected by no-smoking ordinances had lower smoking rates than others. (image: Yonhap)

SEOUL, April 8 (Korea Bizwire) – A study has proved that no-smoking ordinances from local governments have contributed to lower smoking rates in communities across the country.

After the revision of the National Health Promotion Act in 2010, local governments have competed to pass laws banning smoking in public areas such as streets, bus stops and areas near schools. As of 2014, 212 local governments had enacted such ordinances.

According to the study, residents in areas affected by no-smoking ordinances had lower smoking rates than others. The Korea Centers for Disease Control and Prevention (CDC) and the Preventive Medicine Center of Ehwa Womans University jointly analyzed the survey results of the health environment in local communities.

The CDC said, “The study showed that the no-smoking ordinances are in inverse proportion to the smoking rate of their residents. We will keep our eyes on the effects of such ordinances and analyze their long-term effects.”