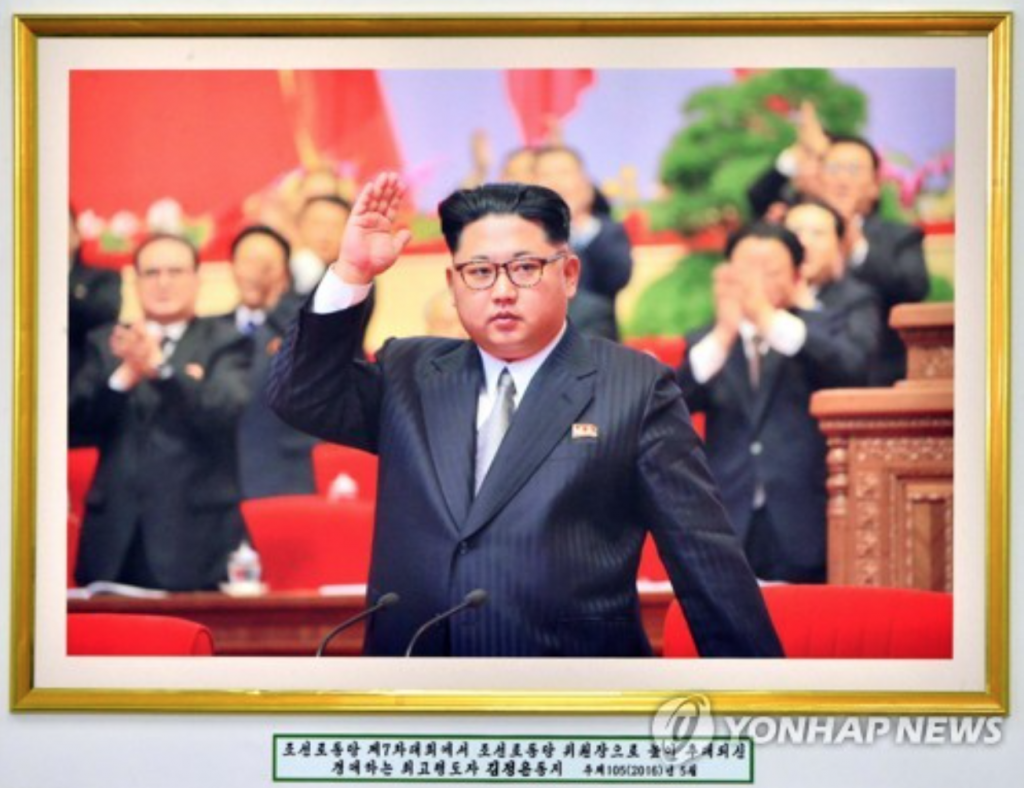 This photo unveiled by North Korea’s Central News Agency on April 4, 2017, shows a picture of leader Kim Jong-un who was elected the chairman of the ruling Workers’ Party of Korea in 2016 at an exhibition held in Pyongyang. (image: Yonhap)

SEOUL, April 4 (Korea Bizwire) – North Korea said Tuesday that it is holding a photo exhibition about leader Kim Jong-un’s achievement ahead of next week’s anniversaries of his ascension to the top posts of the country.

On April 11, North Korea will mark the fifth anniversary of Kim’s election as first secretary of the ruling Workers’ Party of Korea, the previous title of the party’s chief.

Pyongyang will also celebrate the fifth anniversary of his inauguration as the first secretary of the National Defense Commission on April 13.

The Rodong Sinmun, the country’s main newspaper, reported that a photo exhibition kicked off in Pyongyang to mark the upcoming events.

On display were photos featuring Kim issuing the order to conduct the fourth nuclear test last year and his announcement of building Ryomyong Street, a new residential area under construction in Pyongyang.

Photo exhibitions to mark Kim’s assumption of key posts have been held every April, but this year North Korea is ramping up the campaign for his personality cult.

Analysts said that the move is aimed at highlighting the legitimacy of the three-generation rule that started from late founder Kim Il-sung.

The country’s state media has begun to call Kim the “respected supreme leader” since Dec. 17 last year, the fifth anniversary of his father’s death.

North Korea’s April calendar is dotted with major anniversaries including the 105th birthday of Kim Il-sung, which falls on April 15.

The country will mark the 85th anniversary of the creation of the Korean People’s Army on April 25 when a massive military parade is likely to be held.