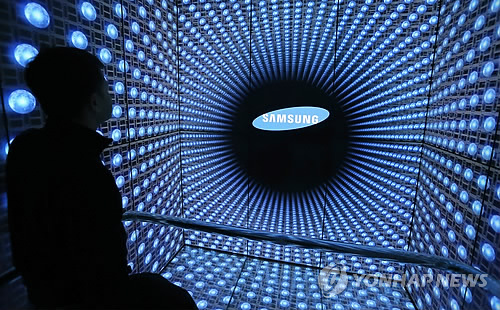 SEOUL, Aug. 26 (Korea Bizwire) – South Korea’s state-run pension fund has suffered heavy valuation losses from its investment in two Samsung Group units over the past two months as the stocks have plunged after their merger plan was approved by shareholders last month, data showed Wednesday.

The National Pension Service (NPS) — which holds an 11.6 percent stake in Samsung C&T Corp. and a 5 percent stake in Cheil Industries Inc. — received keen attention as it held a swing vote for the proposed merger plan.

Samsung had faced a strong challenge from U.S. hedge fund Elliott Associates over its merger plan, which was widely seen as aimed at a smooth power transfer from group owner Lee Kun-hee to his son, Jae-yong, the heir apparent.

The NPS’s backing for the merger has drawn some criticism as its decision was not reviewed by an independent panel which advises the state fund in exercising voting rights for invested firms.

While the NPS voted for the merger, the return, so far, has been disappointing for the nation’s largest institutional investor.

The value of the NPS’s stock holdings in Samsung C&T, a construction unit, plummeted 31.9 percent to 830.4 billion won (US$700 million) on Tuesday compared to two months earlier, while its stock value of Cheil, the group’s de facto holding firm, sank 22.8 percent to 910.9 billion won, according to data compiled by Chaebul.com, which tracks the nation’s large enterprises.

Samsung C&T’s stock price nearly halved from the high reached on June 8 to 45,800 won Tuesday, while Cheil tumbled 38 percent from its peak on May 27 over the period. The merger plan was announced on May 26.

Elliott Associates, the third-largest shareholder in Samsung C&T, sought to block the merger bid through a proxy vote and legal battles, but all of its attempts were unsuccessful.

Shares of Samsung C&T will be suspended from Thursday until the merged new entity is listed under the name of Samsung C&T on the Seoul bourse on Sept. 15, two weeks after its official launch.

On the last day before the trading suspension, Samsung C&T surged 5 percent and Cheil soared 9.7 percent to pare some of the earlier losses, with their combined market capitalization reaching 27 trillion won, the fourth-largest market cap as of Wednesday.

Lee Jae-yong, the vice chairman of Samsung Electronics, will be the largest shareholder in the new entity with 16.5 percent, while his two sisters will each hold 5.5 percent in the firm.