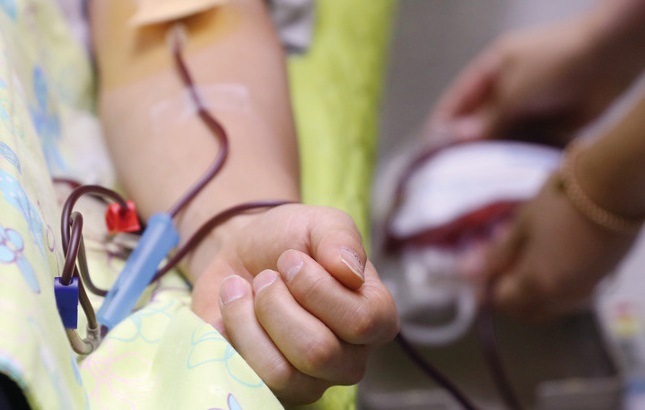 About 966,900 people donated blood in the January-May period, down 10.9 percent from some 1.08 million a year earlier, according to the Korean Red Cross data provided to Rep. Jeon Bong-min of the main opposition United Future Party.

South Korea relies heavily on blood donations from students and soldiers for its blood supply. They account for about one-third of the country’s total donations.

The new coronavirus has infected nearly 13,200 South Koreans since the country reported its first case in late January, with the death toll reaching 285.

The plunge in blood donations has sounded an alarm over the country’s blood supply. The humanitarian organization considers five days worth of blood or more an “optimal” reserve.

During the five-month period, South Korea’s blood reserve was optimal or above for only 23 days, according to the data.

Rep. Jeon called for government efforts to ensure a stable blood supply, saying “a serious situation concerning blood could flare up should the coronavirus outbreak last till next year.”

The data also showed South Korea’s blood plasma self-sufficiency rate coming to 54.6 percent in the first quarter of the year amid tumbling blood donations, compared with 62.6 percent for all of 2019.