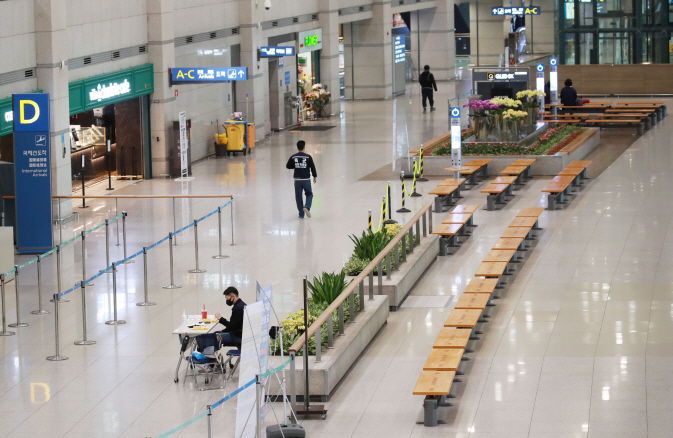 According to the data by the Korea Tourism Organization (KTO), 83,497 foreign people visited South Korea in March, down 94.6 percent from the same period last year.

The number of Chinese visitors, in particular, tumbled 96.6 percent on-year to 16,595 last month, as the Beijing government has issued a travel alert for 15 countries including South Korea as part of COVID-19 preventive measures.

Also, 8,347 Japanese came to Korea last month, down 97.8 percent from a year ago, following the country’s higher travel warning for its neighboring country.

The coronavirus pandemic also pushed down the number of tourists from America and Europe last month, while arrivals from the United States slid 87.5 percent from a year earlier.

Meanwhile, outbound travelers from South Korea also plunged 93.9 percent on-year to 143,366 in March, according to the KTO data.