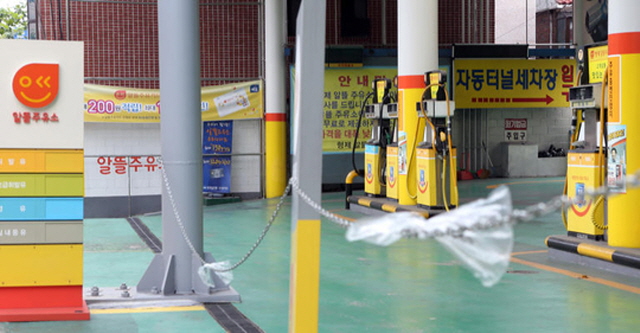 As of end-December, 11,769 petrol stations were operational across the country, down 196 from a year earlier, according to the data by the Korea Petroleum Quality & Distribution Authority.

It marked the fourth consecutive year of annual decline. An annual average of 149 gas stations were shuttered over the past four years.

The number stood at 12,345 in July 2014, when the authority started compiling the data.

Analysts attributed the downtrend to the industry’s deteriorating profitability that stems from the country’s high oil tax and increased costs.

“Oil taxes account for nearly half the gasoline cost, which makes gas stations unable to respond actively to changes in global crude prices,” an industry source said. “In addition, credit card fees have become a big burden as most customers pay with plastic.”

Oil taxes, including the transportation-energy-environment tax and the import surcharge, take up nearly 60 percent of the gasoline price in South Korea.

Also cited were a hike in the country’s minimum wage, competition from discount gas stations, the improved fuel efficiency of new vehicles and falling demand for gasoline.

According to data from the Korea Petroleum Association, gasoline consumption per car came to 1,159 liters in 2018, the lowest level since 2006.

Gasoline demand in the country has been on the decline due to an increase in the number of vehicles powered by electricity and hydrogen, according to market watchers.